Well how about this guys? We are almost done with living in the 90s. With only 91 days left until Boise State fires up the ol’ on field smoke machine let us get to know—Durrant Miles

Mr. Durrant Miles followed the path that many other Broncos decided upon: go on an LDS mission (which sent him to Bolivia), come back home, and dominate. Per ESPN, Miles was a three-star rated recruit out of high school. Other offers he had were Hawaii and Utah State. I nod approvingly at his decision-making skills.

I made this joke last year and I still feel as though it is relevant. 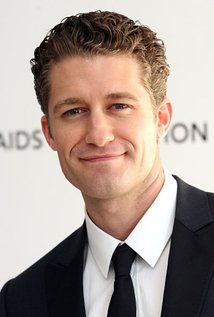 As a high school senior Miles had 64 tackles and 10 sacks. That effort got him first-team all-state from the Salt Lake Tribune and Deseret News. He was the team MVP and earned all-region honors.

At Boise State last year was his “breakout” year. He had 35 total tackles (20 solo), a sack, 4.5 tackles-for-loss, and a fumble recovery (which should count as 10 considering the dearth of turnovers last year).

Last, but most certainly not least, he also earned Mountain West All-academic team in 2015.

You know what’s going to be the frustrating thing about so many possibilities? There are going to be “winners” and “losers” when it comes to playing time. Miles will not lack for his playing time. He’s earned it. But exactly how much time he is going to have? Well, that’s a problem for the coaches. (And opposing offenses who have to face the wrath of a guy who will be taking out his frustrations on them.)

I am going to call my shot for Mr. Miles (this is barring any unforeseen circumstances of course): starts eight games, three sacks, 5 TFLs, and 45 total tackles. He will be a leader in the locker room for the defense.

According to Wikipedia Bolivia has 38 official languages. Durrant Miles decided to not only learn ALL of them, but also incorporate pig-latin with them. This did lead to some mild confusion when speaking with the folks there, but the locals considered it “quaint.”