Just a shade over two month until real, live football and today we’re looking at #65 on the Boise State roster—Zachary Troughton 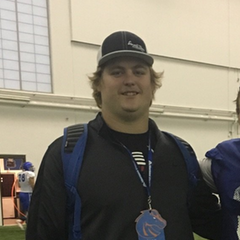 Troughton came to us as a early enrollee this spring semester, which means he got the benefit of lacing up his cleats for spring camp. Prior to joining the Broncos, Troughton was a standout lineman at Butte CC (the same college as former backup QB Tommy Stuart, and future hall-of-famer Aaron Rodgers). Troughton played two seasons for the Roadrunners and earned all-region, all-conference, all-state and All-America honors while he was there. Before joining the JuCo ranks, Troughton was a 3-sport star (football, basketball, and baseball) at Maxwell High School in California—and was an all-league performer in his final three seasons and an all-region performer as a senior. 247 ranked him the #14 JC offensive tackle before signing day and a 3-star recruit. Troughton picked the Broncos over offers from Hawaii, South Florida, and Utah State. 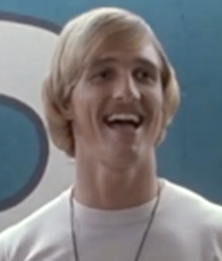 The Broncos lost some good players on the O-line to graduation, but will replace those dearly departed with some JuCo studs, so likely won’t see a production dip. All the way back on day 100, we highlighted JC-transfer Isiah Moore, who was ranked the number 2 offensive guard prospect by ESPN. His fellow Juco O-line pal—Troughton—was ranked no lower than 14 at tackle, so we’re in the tall cotton, as it were, when it comes to immediate impact players. Frankly, I think both will play a great deal this season and while I personally feel that Moore might have a slightly clearer path to a starting gig, it’d be silly to discount Troughton. From his film, you can see that he pulls well, finishes his blocks, and often just straight out-muscles opponents. I think he’ll be a big boon to the run game and be able to keep Ryp’s jersey nice and clean as well.

In this countdown, you’ve already learned the unit of weight that is the Harring Ton, now marvel at the Trough Ton...which is equal to 5 bushels of russet potatoes and a pygmy goat.