We are well into the 60s now and we show no signs of slowing down. Read up on #66—Ma’a Tanuvasa

As far as I have been able to tell, he was a late walk-on addition last season, which he redshirted. If his name sounds familiar, that’s because his father is Ma’a Tanuvasa, The Denver Broncos DE from the late 90s. The question is, then, how did he not have a spot at Hawaii (his father was a Rainbow Warrior)? The allure of the Blue must have been too much. He played outside linebacker for Mililani, which is saying something when you are 180lbs.

Ma’a was selected to the OIA Blue All-Star First Team as a senior and was also selected to play in the 2016 Paradise Football Classic all-star game. He had 60 tackles, 2 sacks, 1 interception, a fumble caused and recovered and 5 pass break-ups in 2015.

Ma’a has some stiff competition at safety, especially as a walk-on.

With Evan Tyler coming off an injury, Cam Hartsfield back for his senior year, Kekoa Nawahine coming off a stellar freshman campaign and a slew of others already on campus, I would anticipate that Ma’a may play some special teams or in blowouts. That isn’t to say that he isn’t talented enough, but he has a lot of talent in front of him.

That isn’t even mentioning the 2017 players itching to get their shot as well. Fall is always an interesting camp as it’s really the last time for players to show what they’ve got before the season starts as well as giving the newest players their shot.

Who knows, maybe the Tanuvasa blood line will show through and catapult him to the top. We’ll find out in a few short weeks!

His father is on there, but I can’t seem to find anything for him.

Ma’a once bit through a jawbreaker AND DIDN’T BREAK HIS JAW. 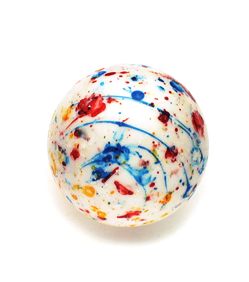