The number 67 is the sum of five consecutive prime numbers (7 + 11 + 13 + 17 +19). I am not sure that that info has any bearing on football. But all I know is we are down to 67 days until Boise State football returns to the Treasure Valley. As such, let us get to review—Garrett Larson

By way of the famous Fruitland HS express. Mr. Larson had decided to follow the route of previous Fruitland alums Alec Dhaenens and Joey Martarano in metriculating to Boise State. In the 2015 recruiting class Mr. Larson was a three star-rated recruit from 247Sports and a two star recruit for Rivals. He was the top-rated tackle in Idaho and the no. 4 overall recruit. The Broncos have been able to keep a lot of talented kids in-state.

I assume that if Mr. Larson was French this is how it was pronounced. 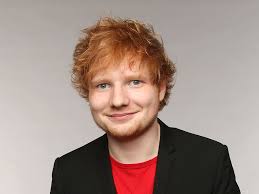 This is a repeat. And I am fine with this.

Mr. Larson appeared in four games for the Broncos last year. He was included in the Joe Moore Award (best collegiate offensive line) last year. Notating offensive line accolades can be difficult since there is not much to put on the stat sheet. Though I suppose averaging 472.8 yards/game is a plus. Among these he also started 48 straight games for Fruitland High School and made it to the state championship his four seasons in high school. Quite the accomplishment.

I suppose more of the same from Larson except more in-game time. The Boise State offensive line has got some big boys present. And Mr. Larson is one of them. The Broncos have eight guys on the offensive line that are either 300+ lbs or within five pounds. Larson is this close to tipping the scales at the 300 lbs club.

With some notable holes to fill with Mario Yakoo, Travis Averill, Will Adams, and Steven Baggett being gone (three starters) Larson is just prowling to be a no. 1. With so many bodies on the OL that could fill the necessary spots, save for Archie Lewis and Mason Hampton (who will start at Left Tackle and Center respectively), Larson has a great opportunity to do his part. If I had to take a wild guess (and that is all it is at this point) I would say he gets the start at right tackle.

He sure is. Does a lot of retweets. But also: still likes Die Hard.

John McClane is the real OG

Much like bullfrogs and Chuck Norris, Garrett Larson does not sleep.