Ah, the last of the 70s. What better way to end them than with local standout, #70 John Ojukwu? 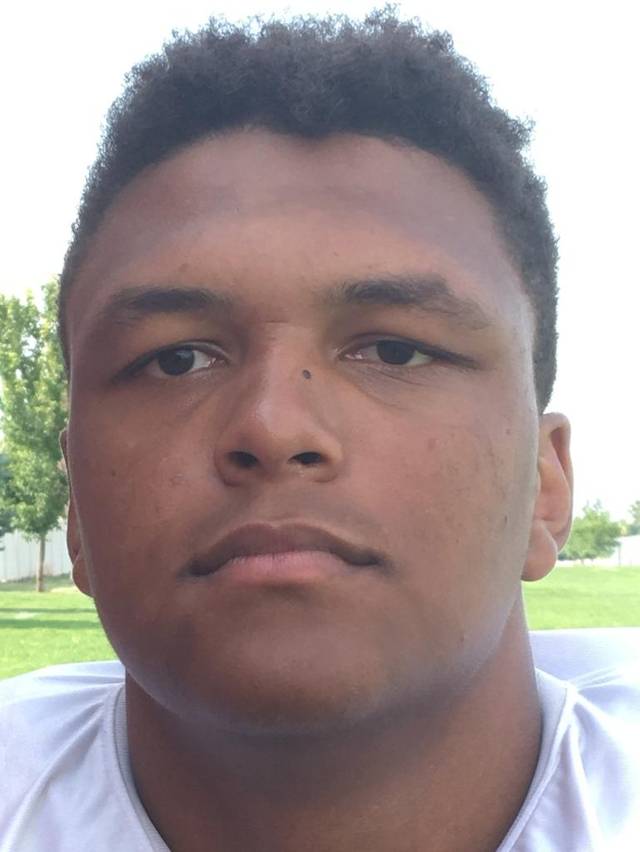 John didn’t have to travel far to get home. Passing on offers from Hawaii and Portland State, John elected to stay home and play for the boys in Blue. On top of that, he graduated high school a semester early to join the Broncos for spring training.

John was a 3-star tackle according to Scout. He was also listed as the #3 prospect in the entire state by Scout. He earned first-team all-conference and first-team all-state as a senior. He also lettered in wrestling and track & field as well. As I said, he graduated early to join the Broncos in the spring.

As Drew recently stated on his Ezra Cleveland article, there is much to be optimistic about despite the losses on the line.

John was the only high school offensive lineman we took this season, the other JuCo players being Moore and Zach Troughton. While I love to see players get early playing time, the offensive line generally isn’t one where they test those waters. I anticipate John will redshirt this season to MAYBE gain some weight, but mostly to get comfortable with the playbook, system, and speed of college football.

Spring ball at Bsu was great but I got a lot to work on. This summers gonna be a grind #bleedblue #nodaysoff

I like to see this kind of mindset. Excited, yet focused.

John’s summer job in high school was home remodel demolitions. Builders saved money by hiring John instead of a team of demolishers. John didn’t even need any tools. Instead, he just practiced like the walls were opposing defensive lineman. They didn’t stand a chance.