Bronco fans have just 71 days until kickoff, which isn’t all that excruciating when you think about it. Today we’ll look at #71 on the Boise State roster—Donte Harrington

Harrington was a late addition to the 2016 recruiting class—pledging his services late in January after a visit. Harrington had been committed (albeit briefly) to Army, but Scott Huff pitched riding the lightning over riding Humvees and Donte went blue and orange. The enormity of the flip was lost on some, but I'm here to tell you it was no small feat landing the mammoth lineman. Harrington, a 3-star recruit according to basically everyone, was tabbed as the #1 center in the state of California and the 3rd best in the west. Where'd that put him nationally? No lower than 13th and there are some BIG names (and bodies) in that top 10.

Unstoppable Force was also a contender. 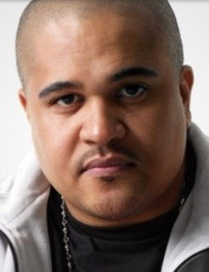 It’ll be a fresh look on the Bronco O-line this season, but one thing will certainly not be lacking—size. Harrington is a mountain of a man and will be hard for anyone to displace (or misplace) and I think he’ll factor in heavily (no pun intended) to Coach Bedell’s inaugural offensive line. Where Harrington will line up is still a bit of a mystery, but given his chops at center, I think it’d be a real shame if he wasn’t backing up Mason Hampton this season and at least getting a shot at a starting gig in ‘18. It’ll be hard to supplant the Rimington watch-lister (that’d be Hampton), but Harrington has to be one of the higher-rated O-lineman we’ve ever signed at the center position and though he appears to have the versatility to play at guard, I’d love to see what he can do as the man in the middle. His compact frame reminds me of great Broncos like Klay Adams or Thomas Byrd and his IQ is also ideal for the “smartest position on the O-line”. Look to see #71 get some good snaps this season but really become a mainstay next year as a redshirt soph.

I'm just a young man trying to be better today, than I was in the past. Building myself brick by brick one day at a time.

Yes, and I like the sentiment, but “brick by brick” was the 2003 team motto. You want Dan Hawkins to sue?