Look at us. How does it feel to be this far into the countdown? As the days grow a little bit longer, and the temperatures get a lot a bit warmer, we get ever closer to football. With that said with 74 days until football is back we will talk about—Archie Lewis

Mr. Lewis’ Boise State career kind of got kicked off later than normal. Not “going on a mission” later but more of the “delayed enrollment” variety. Lewis was going to sign with New Mexico State. But after that fell through, the Broncos swooped in and snapped him up. While he did sign with the Broncos in 2012, he did not officially join the roster until Spring 2013. He’s been around Boise State for quite some time (Drew wrote Lewis’ first profile back in 2012 for an impressive six total profiles).

Lewis has put in his time at Boise State. 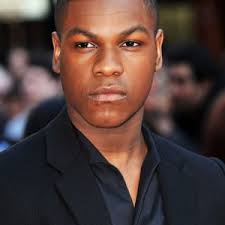 Man, I am really not good at this one. John Boyega?

He started for an offensive line that was nominated for the Joe Moore Award. An honor given to college football’s top offensive line unit. Lewis started all 13 games last year. He was a Mountain West Conference All-Academic in 2014.

Honestly just more of the same from the Bronco stalwart. While there was a heavy rotation of Will Adams (Auburn graduate transfer for the OL last year) Lewis started every game at left tackle for a reason. He was the best the Broncos had. In 2015 Lewis had a bit of a struggle, especially with false starts. But in 2016 he showed vast improvement and was able to be the anchor the Broncos needed. Heck, he even recorded a sack last year.

All joking aside, he’s going to be a leader for the Broncos not just on the offensive line, but in the locker room. Or, that is what I say to myself anyway.

It does not appear as such.

Henry Smolinski invented a car/plane hybrid that was involved the Ford Pinto for some reason. The craft eventually killed Smolinski. Archie Lewis has vowed to take up Smolinski’s work and achieve what Smolinski had ultimately failed doing: providing relevance to the Ford PInto.