We’re darn close to being through the 90s, so let’s keep this countdown train rolling with #92 on the Boise State roster —Paul Semons

Semons walked up the road a spell and walked-on, but was far from a nobody in the southern Idaho football world. As a senior, Semons was named first team All-SIC and first team all-state after registering 39 tackles (36 solo) and 5 sacks for the Mustangs. As a junior, Semons was a force as well—wrapping up that campaign with 48 tackles (42 solo), 2 sacks and a fumble recovery.

This is his twitter handle and by golly, it’s magnificent 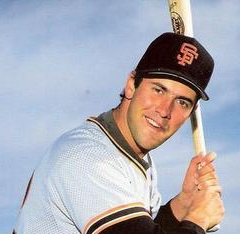 I have no idea whether the 2017 iteration of the Bronco D-line will be better than 2016, but I see few signs that suggest it will be worse. Case in point, the Broncos lost just 2 D-lineman from a season ago and have a cargo load full of stout youngsters. Experience may be a slight concern, but depth certainly shouldn’t be. Semons is part of that depth, and while he doesn’t have as much game experience as some of the younger players on the roster, he has a lot of Bronco experience and can still take a leadership role and help steer the direction of this unit.

Semons didn’t see any game action a season ago after appearing in one game for the Broncos as a frosh, but I think 2017 will bring some urgency to the D-line and I think Steve Caldwell will clear the cupboards to find the right chemistry. Semons isn’t as highly-touted as most of his linemates, but we all know that touting doesn’t make a player produce, and if Paul is hungry enough, I don’t see why he can’t carve out his own little niche on The Blue.

The chip reader is a great invention to slow everything down

Yes, and he has the requisite Bronco “chip” on the shoulder.

I’m going out on a limb with the pronunciation of Paul’s last name, but for the purpose of this joke, let’s say that he once tried (unsuccessfully) to market a line of t-shirts with the quote “when life gives you Semons...” on the front. There’s a warehouse in Garden City full of them.