The Broncos have 78 days left until Troy comes to town, so today we’ll look at #78 on the Boise State roster—Andres Preciado

Preciado was a surprise recruit in the fact that at the time of Bryan Harsin's commit-trumpeting "Go Broncos" tweet, the most common reaction was "Who?". At 6'6", you'd think that Preciado would be hard to miss, but that's exactly what most people (myself included) did. The more you investigate Preciado though, the more there is to like—even if he didn't have the stars or fanfare attached to his name. Preciado was a two-time team captain at Mar Vista and was selected first team All-CIF as a senior. As a sophomore, Andres was selected second team all-league. Not only was Preciado a force on the football field, but he was a standout basketball and baseball player at Mar Vista as well. Possibly Preciado's biggest feats were reserved for the classroom, where he was a 4.3 GPA student, class president, a Union Tribune Scholar-Athlete (both junior and senior seasons), and a four year student body finance commissioner (is this like a CPA?). Here's a nice little article about Preciado that shows just how busy an individual he was.

I don’t know that many guys named “Andres”, clearly 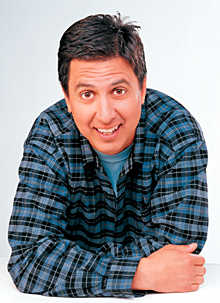 Preciado is one of the rare cases where he actually saw less time as a sophomore than he did as a freshman, and frankly, I’m not all that sure why. Coaches (namely the departed Scott Huff) were always tweaking the lineup to find the best combination and clearly he felt like he found it because not a whole lot of youngsters got significant time in 2016. Preciado may not have absorbed a ton of game experience in 2016, but gained experience nonetheless, which definitely gives him a leg up on his competition, but just who his direct competition will be remains to be seen.

The Broncos have a host of young, hungry O-lineman who are going to be the future anchors but where they’ll end up and when is the biggest question of the offseason. Donte Harrington, Austin Dixon, Kole Bailey, Ezra Cleveland and more are sure to make their presence known in camp and Preciado will need to be sharp to hold the hard-charging young’ns off, but I think he’s up to the task and frankly, the tougher the competition the better. Preciado is a cerebral player and has the size and athleticism to serve the Broncos well. I tend to think he’ll challenge for a tackle spot—putting him in the thick of things with Ezra Cleveland, Isiah Moore, and John Molchon (depending on a left or right line-up spot). I think that when the season starts, Molchon, Moore, and Cleveland will be in heavy rotation and depending on whether Archie Lewis stays at guard or not, the senior could also be in the mix. With Preciado’s work ethic, I think he can improve his stock in camp and leverage the experience he gained in the spring when he was running with the ones.

Alex Mattison’s 4.8 high school GPA bested Preciado’s 4.3 leading the pair to hold a icy “nerd grudge” against one another.