We’re out of the 80s but instead of leaping into the acid-washed 90s, we’ve found ourselves in the disco era. What gives? Today we celebrate entering a new decade by looking at #79 on the Boise State roster—Eric Quevedo

Quevedo was a somewhat late addition to the Broncos' 2015 recruiting class—pledging his commitment on January 19th and then sticking with the Broncos despite a late run by in-state Cal...who offered him about a week after his verbal to Boise State. Quevedo was a consensus 3-star recruit according to Scout, 247 and Rivals after earning offensive MVP honors in the Hacienda League as a senior. Additionally, Quevedo was named to the All-CIF Southern Section First Team and the San Gabriel Valley Tribune All-Area Team in 2014. Quevedo was named to the All-Hacienda League First Team as a junior and senior and was honorable mention in 2012 as a sophomore. Besides the Broncos, Eric fielded offers from Cal, SDSU, UNLV, and UTEP.

Sticking with the horse that brung us. Besides, it cannot be understated how much I like queso. 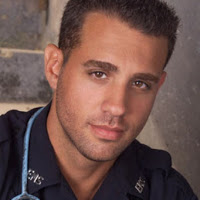 Quevedo is a bit of a unknown going into his sophomore season. He didn’t see any action last year as a redshirt frosh, which is largely due to the fact that the Broncos didn’t run up the score often enough to get some of the reserves garbage time, but also due to the fact that he was behind some studs. This season, with the departures of Adams, Buhr, Yakoo, and Baggett...there are definitely some ways for Quevedo to make that move...and lining up with the first teamers this Spring is a great start.

During the aforementioned Spring game, Quevedo lined up at right guard with the “ones” and engaged in trench warfare with LT Ezra Cleveland, LG Zach Troughton, C Andrew Tercek, and RT Andres Preciado. Now, it’s important to remember that Archie Lewis, Mason Hampton, John Molchon and Garrett Larson all sat out that game and that at least 3 of those players (Lewis (LT), Hampton (C), and Molchon (RT)) are expected to rejoin the first unit in the fall. Another player, Isiah Moore, I think has the chops to challenge for a starting tackle spot this fall, so the race is going to be tight. Of course, this type of competition breeds success and the fact that the Broncos will have a great mix of returning starters and hungry youngsters bodes very well for the unit. Luckily for Quevedo, both of last seasons primary right guards (Yakoo and Buhr) have graduated, meaning that, at least at first, he’ll be the man before reinforcements arrive. I like Quevedo’s chances to retain an at least partial starting role this year and bolster the young O-line as they look to lead the league.

Yes, but not a prolific tweeter.

Those of us that habla Español know that Eric’s surname translates to “what Vedo?”. The answer to this question has eluded scholars for centuries, however.