It’s crazy to think that #81 Akilian Butler is already a junior. It seems like yesterday that he arrived on campus all bright eyed and bushy-tailed. * sniffle *

Akilian traveled the once common West Mesquite pipeline to reach the Blue. Alas, he is the last of the once great source. Though, the other prospects from said pipeline ended up semi-flopping, so he will be the lone shining light from WM...for now. Butler passed on offers from Clemson, Colorado and SMU to attend Boise State. 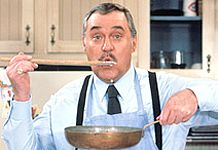 Serving up broken ankles since 2015! 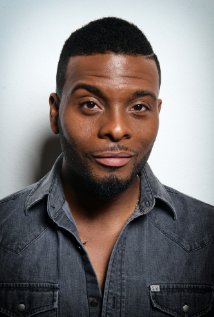 Akilian was a standout at West Mesquite. He was a 3-star recruit listed as one of the top 25 receivers from the Midland Region. He finished his senior year with 48 catches for 686 yards and 12 touchdowns, earning first-team 10-4A All-District for the third time in a row.

He’s had light duty as a Bronco so far, catching a total of 5 passes for 46 yards. He put in some time as a punt returner, but had some room for improvement there.

As we have stated with previous receivers, this is a good year to be a wideout. with Wilson coming back for his last year, he will be the spotlight player. Outside of him, the spots are more or less up for grabs.

Akilian, Modster and Richardson have a bit of an advantage based on their experience, albeit brief, as well as their tenure with the program. Cottrell has seen the field a bit as well. Jefferson is coming off an injury and Carter off a redshirt. Walk-ons and newcomers alike will be vying for playing time.

I expect Butler has gotten in a bit of practice at returner in the offseason. I also expect to see him utilized more in the short passing game this season. I expect him to easily eclipse his receiving totals in his junior campaign.

Everything ain't everything and everywhere ain't safe

Student. Athlete. Philosopher. I dig it.

Butler hopes to one day open a shop dedicated to the trade of rare metals. The name? Akilian’s Bullion.