83 is the atomic number of Bismuth...but of course, you already knew that. It also could be the number of a certain as-yet-numberless incoming freshman—namely, Octavius Evans. 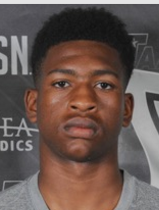 No, he doesn’t have his doctorate yet, but rumor has it, neither does Dr. Pepper. 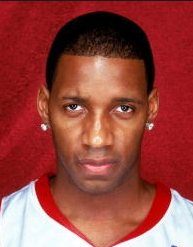 First Team 2016 District 9-4A, Division 1 All-District honoree as a wide receiver. Earned receiver MVP award at the APEC East Texas Football Recruiting Combine. 1st team All-District and Class 4A Region III selectee as a senior in basketball. UIL All-District 9-4A basketball Player of the year as a junior.

This appears like it might be a good season to be an incoming wideout since the Broncos have some spots to fill, and Evans certainly looks the part of another dominant BSU receiver. Record-setting Thomas Sperbeck has graduated, as has speedy Chaz Anderson and the team will be looking to fill some spots on that unit. I have a suspicion that the coaches will also be looking to vary the passing attack a bit as well so as not to lean on just one or two wideouts (Sperbeck and Cedrick Wilson got the lion’s and the tiger’s share of the targets last season). Of course, Cedrick Wilson is going to be the team’s primary receiving weapon but guys like Sean Modster, AJ Richardson, Akilian Butler, Bryan Jefferson, and others will be looking for their first real significant playing time and since none of the returning receivers have the market cornered on playing-time experience, I'd say the incoming freshman (Evans, Damon Cole, and Cartrell Thomas) have a pretty good shot to crack the lineup.

We could go around and around about which incoming freshman is the top candidate for immediate playing time, but Evans is literally head and shoulders above his fellow frosh in stature alone and you know how we love those lanky wideouts. In the wide receiver game, if you can’t be talented...be tall, and if you’re BOTH well, you’re probably Octavius Evans—a kid that we should be hearing a LOT from the next 4-5 years.

Evans’ hands are so big he can palm a Swiss Ball. What’s a Swiss Ball, some may ask? It’s that big, blue inflatable ball that the new age guy at your office uses as a desk chair.