Hatada was the first Boise State recruit in the 2016 recruiting cycle to "stick". 3 other players preceded him in doling out a verbal pledge, but all 3 went wobbly and de-committed at various points before NSD. Hatada was the first of the class to stay true blue, so he's the first on our countdown as a reward. Hatada was a big-time player at Rocklin High...the alma mater of another "Chase" from Bronco lore—Chase Baker. Hatada's impact for the Thunder was equal to Baker's and he fielded a host of offers before, and during, his senior campaign but the Broncos captured his heart...in part due to being a Bronco legacy—his father, Ian, was a track star at Boise State in the mid-90s (feel old yet?).

As a senior, Hatada racked up 40 tackles and six sacks, despite having to sit out a few games due to a minor injury. For his efforts, he was named the defensive player of the year in California's Sierra League and also first team All-Metro, All-San Joaquin and All-Northern California. As a junior, Hatada had 45 tackles and 8 sacks and made the All-State squad. Before, and after, committing to the Broncos—Hatada landed offers from Air Force, Army, Fresno State, Nevada, UNM, Sacramento State, SDSU, SJSU, Washington State, and Wyoming.

I floated this one last year, but hey—we made "Moa Constrictor" stick, so we might as well roll with this one. Again, I'd like to see 3 sacks a game, please. 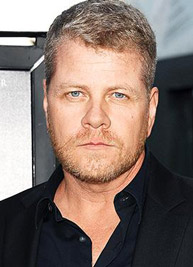 Appeared in 7 games for the Broncos in 2016, recording one pass breakup. Ranked 67th best strong-side DE in the country following senior campaign. Defensive POTY in Sierra League as a senior. Named All-Metro, All-San Joaquin, and All-NorCal as a senior. Made all-state team as a junior.

If you thought last season was going to be the interesting one along the D-line, 2017 may just have it beat. No, the Broncos don't have to replace a truckload of departed seniors, but the giant, promising 2016 D-line signing class are now coming off redshirts or played as true freshman—meaning the future is (looks at watch)...right about now.

It really was no surprise that Hatada played last year as a true frosh...the surprising part is that he was so quiet in doing so. Then again, do you really remember seeing Emmanuel Fesili either (and he's quite hard to miss)? The Broncos could have played a host of D-lineman last season with their depth woes, but chose to keep the rotation light. This worked out well early in the season, but as the year dragged on, that lack of depth saw diminishing returns. The easy thing to do might have been to "call up" more of the youngsters, but at that point in the season Steve Caldwell perhaps didn't want to roll the dice on a "wasted" redshirt. As things stand, Hatada didn't have the most fruitful freshman season—at least in the stats category—but he's got 7 more games worth of experience under his belt than most of his fellow classmen and that counts for a lot.

The Broncos will have 3 redshirt freshman defensive ends this season (4, if you count Curtis Weaver), and 4 sophomore tackles. Gabe Perez and Daniel Auelua (a JuCo product) are the only guys along the D-line that are in the senior class. I think we all should know what that means...if the Broncos can get some true tackles in and some athletic STUDS and DEs in the mix...this is going to be a fun group that should be terrorizing squads for quite a while. Hatada’s got great strength, athleticism, and a motor that doesn't quit and I think he could develop into a similar player to a recent fellow Rocklin grad—Chase Baker. Heck, he could even make a Moa-esque sophomore leap with a little gumption.

All this is to say that the sky's the limit for young Mr. Hatada—he just needs opportunities. After last season's mixed results, I believe Coach Caldwell is going to give these youngsters plenty of 'em.

Hatada’s father was a 110-meter hurdle champ for the Broncos back when you were wearing Zubaz and Chase has vowed to follow in his father's footsteps...meaning he'll go to Dairy Queen like his pops did after he won the Big Sky title. There will be Dilly bars.