We have our first “double dip” of the season with two players with the same number. There are 94 days left until Boise State kicks off and we are going to be a little “off” on our numbers. Today’s feature Bronco is—#93 Nick Crabtree

Mr. Crabtree was an August 2015 commit, stuck to his commitment, and signed with the Broncos in February 2016.

So a dude who will knock you on your tuckus and then give you a hand up? Sure. That’s fine with me!

I really think this will stick guys. 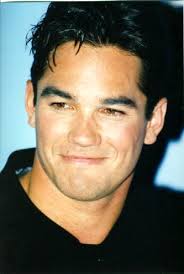 You know what? Let Crabtree grow out his hair a bit. Dye it black. He’s got the smile. He could totes pull off a Dean Cain/Superman doppelgänger.

He redshirted his freshman year so his on the field exploits are TBD so far. But his high school statistics above aren’t too shabby. Hopefully this section will be a little fuller next year.

Nick Crabtree is going to be joining a pretty full cast of tight ends next year. That is both good and an ‘ehhh’ thing. With Jake Roh presumed to be firing on all cylinders, Alec Dhaenens getting back to his insane TD to pass catches ratio, Chase Blakley really coming into his own this is going to be a really talented group—the good part. And Mr. Crabtree is going to be fighting for both touches, and time on the field—that’s the ‘ehhh’ part. No one is going to decry competition. It will make sure the ‘best’ guy is on the field. We can all rally behind that. But there are only so many non-Cedrick Wilson/Alexander Mattison touches to go around. And Crabtree will certainly be fighting for those.

The spring game offered some bright spots for those who want to see the tight ends being utilized more on the field. Want a reminder how the top pass-catchers did?

So three tight ends made up the top six. And Blakley with the second-longest catch? Has to bode well for someone on the tight end roster.

Crabtree may well end up being more utilized as a run or pass blocker. And that’s going to be ok. That is a good thing. But wait for that underneath route to show itself once the defense loses track of him in traffic. He may lull everyone to sleep with his steadiness then, watch out!!

Yep! And he’s a bowler. Maybe?

The Amazon River famously does not have any bridges over it. But Nick Crabtree doesn’t mind. He just fords the river by running slants until he’s crossed the river. He’s blocking alligators and catching monkeys!