Boise State is known for their innovative playing style on the field, but recruits don’t want offensive innovation, dammit...they want icy threads and dope helmets! Why do you think Oregon unveils a new uniform combo for spring games, night games, bowl games, and Taco Tuesdays? Well, Boise State’s unis have been at the forefront of the fashion world since the Pro Combat days but it had been six years since the templates got a refresh, meaning that a lot of schools have got airtime and Tim Gunn eyerolls while we stuck with the horse that brought us (except for the blackout uniforms). The Bronco helmets have seen significant changes in that timeframe, but the base jerseys have been gathering dust, until today when New Jersey called and it wasn’t Bon Jovi or Chris Christie on the line.

At a mid-day unveiling, Bryan Harsin introduced the “Vapor Untouchable” line of Boise State threads...not too far removed from the old ones but with some cool touches and an untouchable fabric by Nike. Our own Michael Johnson was at the event and at first we thought the school was rolling out the “watch out for Pac-man” line:

Either I've wandered into an Eiffel 65 cult meeting or there's gonna be a BSU uniform reveal shortly pic.twitter.com/M9xFUT4GBd

Luckily those were just some bedsheets someone had carelessly draped over some mannequins. Here are the real deals: 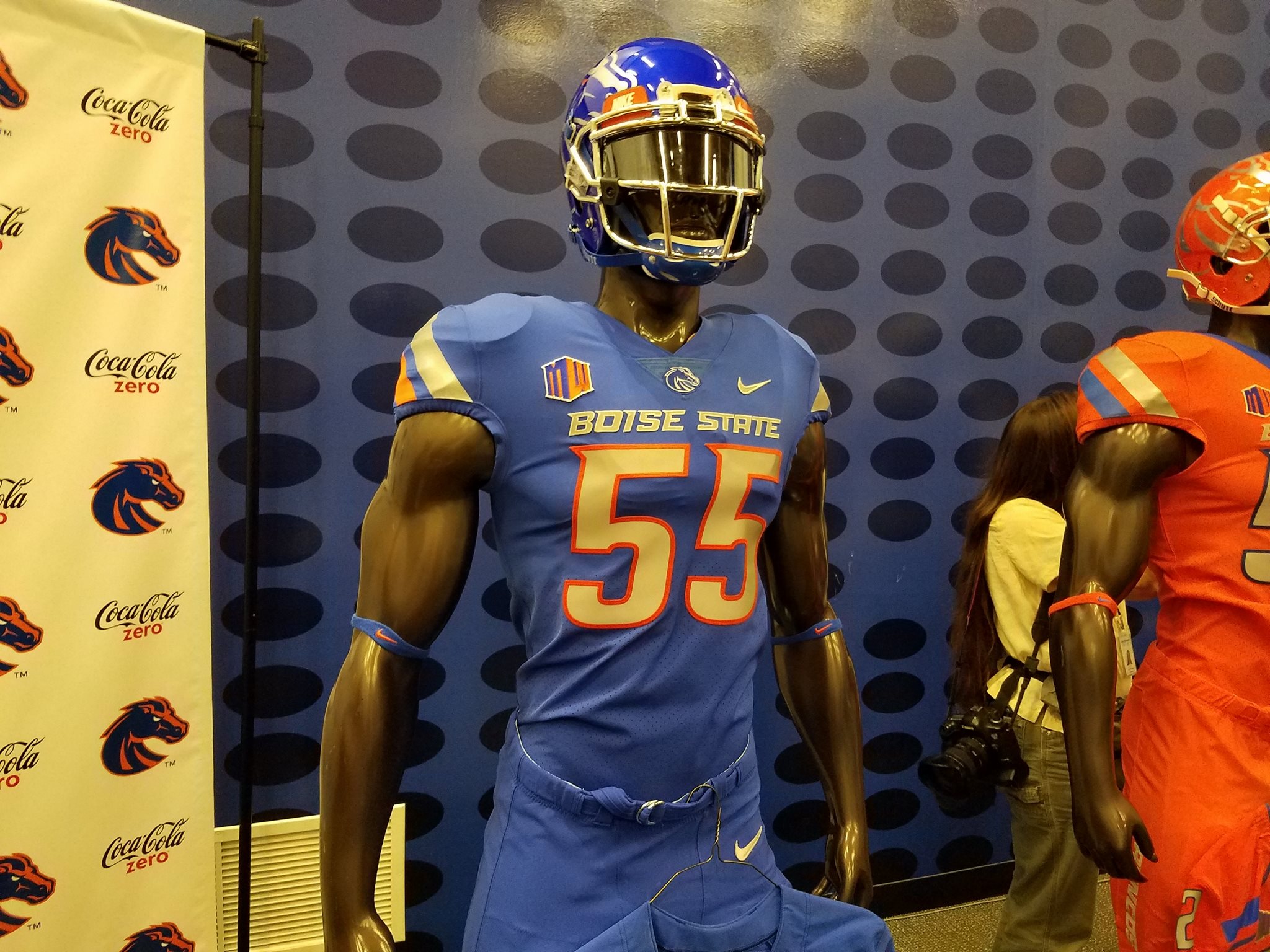 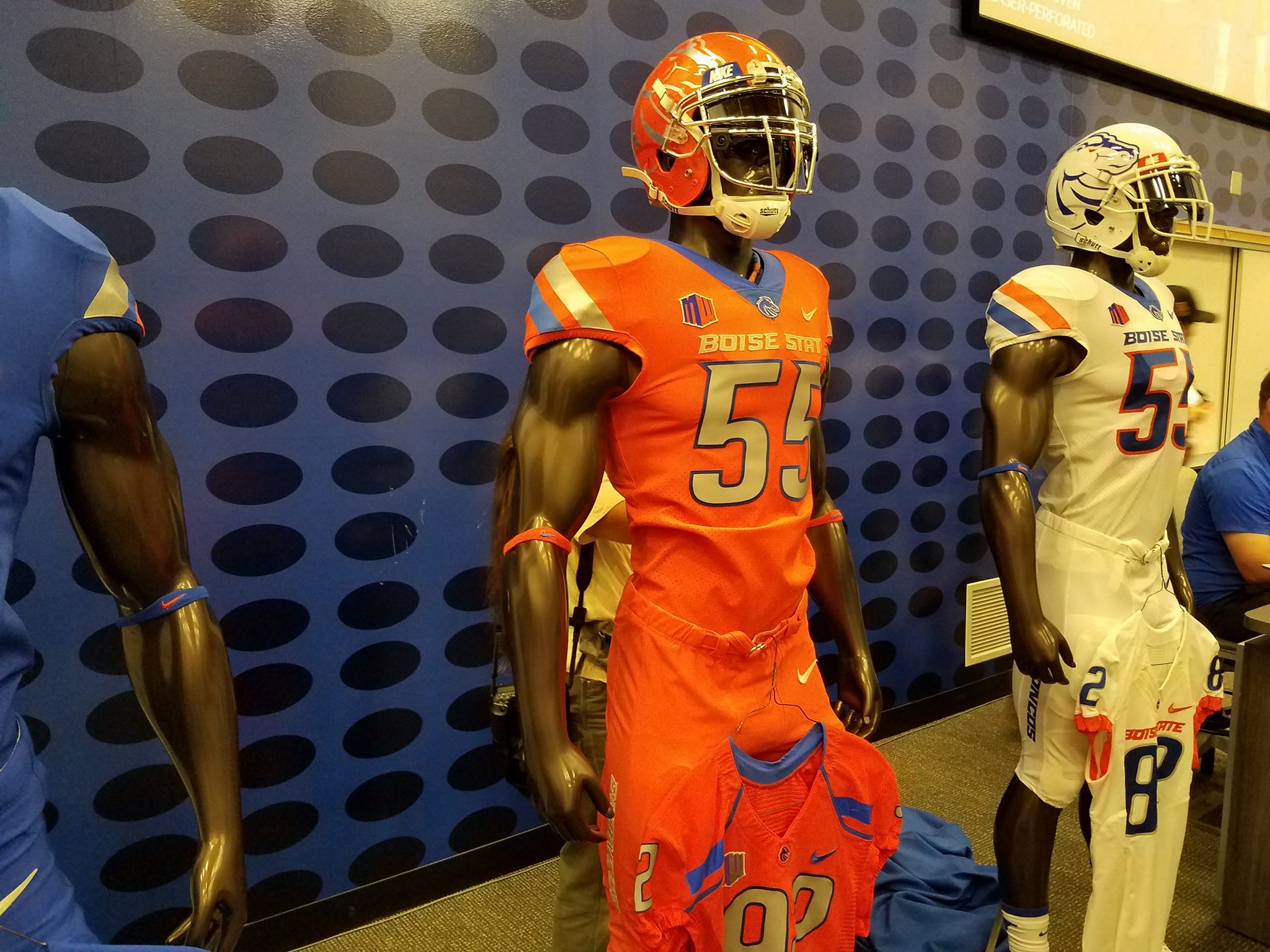 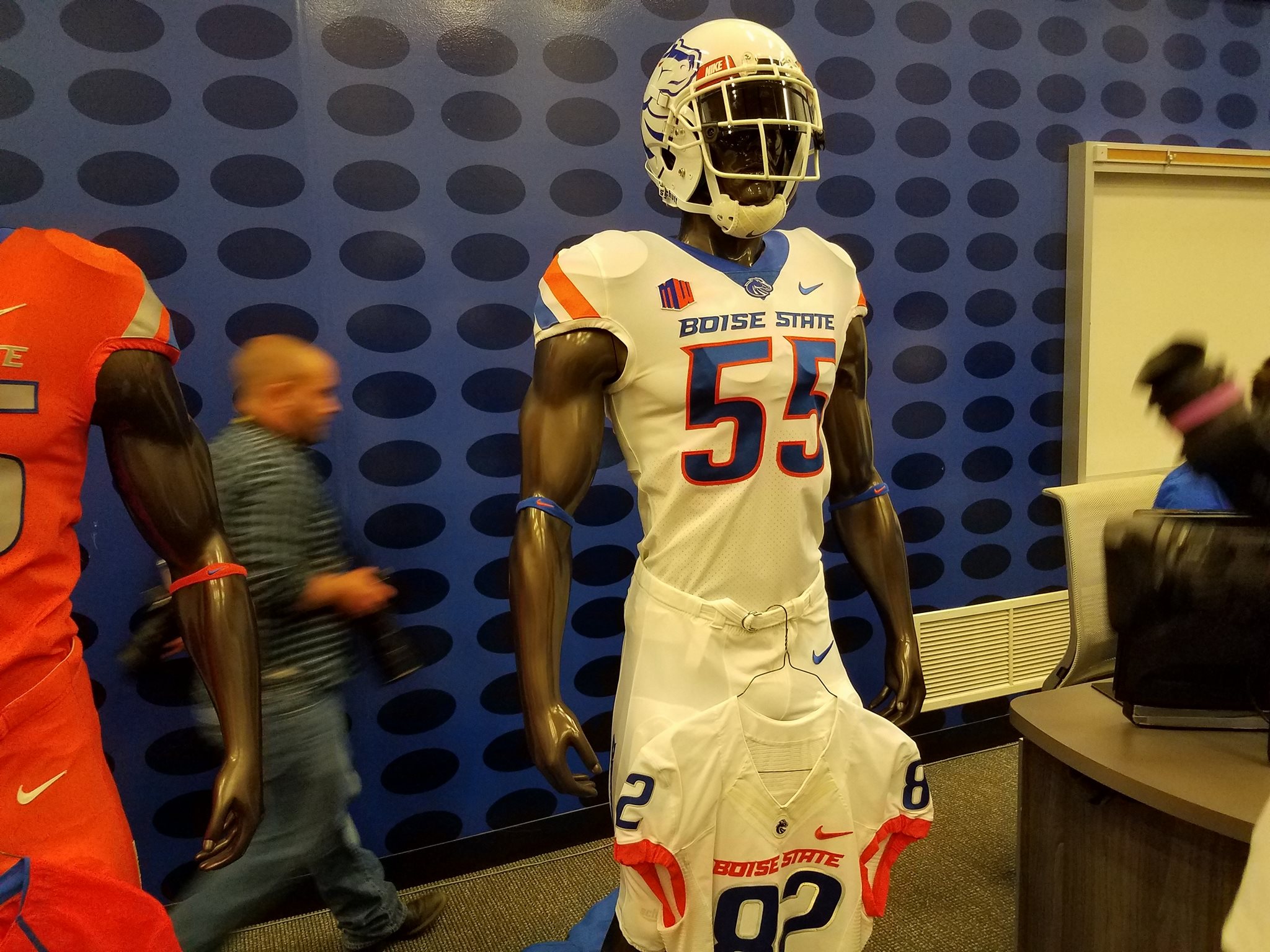 As you can see, the biggest difference visually are the horizontal shoulder stripes, which give the unis a bit of a throwback appearance and supposedly are to remind folks of the speed and power with which the Nike factory workers applied them. Each jersey symbolically features a blue collar as well, be it on the home blues, the white aways, or the orange we-felt-like-its. If that’s too subtle for the players, the words “blue collar” are stitched into the no-tackle-handle: 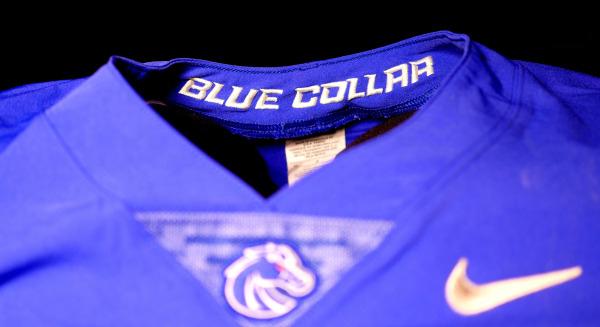 Looks aren’t everything though, and Boise State will be wearing unis that feature state-of-the-art Vapor Untouchable tech that select NFL teams and CFB squads will be rolling out. According to Broncosports’ release:

The uniforms are from the Nike Vapor Untouchable line, with stretch woven material, a seamless front and shoulders and laser perforation fabric instead of mesh. The uniforms combine materials and science designed for speed and comfort for the players, based on four core principles - fit, durability, weight and core body temperature.

You can’t tackle what you can’t touch!

If you dig the look, you can grab some replicas now at the Blue and Orange Store...but careful not to wear them on the street as the speed lines on the shoulders could give some people nausea.