Whoa, we’re picking up steam now. 97 days until kickoff, so you’re getting a look at #97 on the Boise State roster —Austin Silsby

By making the trek from the Kuna desert to Albertsons Stadium. Silsby was a standout athlete at Kuna High School, playing for coaching vagabond Lee Leslie, earning 3 varsity letters in football and 4 in wrestling. Silsby led his team in tackles as a senior (69) from the outside linebacker position and for his efforts was named second team All-SIC and snagged an invite to the Shrine All-Star game. Silsby walked on to the Boise State football team with the 2013 class. 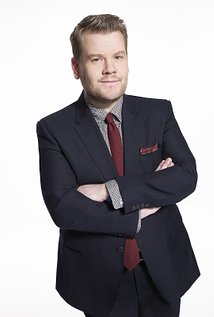 I don’t mean this to sound patronizing, but I have a great deal of respect for walk-ons that stick with the program despite a lack of significant playing time. Some find a niche and a scholly along the way, some toil in relative obscurity for 4 years, and probably the majority of them move on down the road. Silsby has stuck with the orange and blue since 2013 and though we can’t write reams about his on-field exploits, he’s helped the team in countless other ways and the story of his career is far from over.

The Broncos were lucky enough to not have a huge amount of D-line turnover this offseason, but the loss of Sam McCaskill and Elliot Hoyte will still make a dent. Couple that with the fact that Coach Steve Caldwell has pledged to not leave the bench so full this year, and I think we see Silsby take another step. He’s been pretty disruptive in scrimmages and I think is poised for a bit of a break out just in the nick of time. Local walk-ons are always fan favs, so it would be great to see a jump year coincide with his senior season.

There are two “Austin Silsbys” on twitter and neither of them appear to be our boy.

Silsby took his D-line buddies back to Kuna to float Indian Creek last summer. The water displaced caused over $1M dollars in flood damage to the city.