We got 99 problems but a countdown ain’t one. Today, let’s take a look at #99 on the Boise State roster—Curtis Weaver

You may not realize it, but Weaver was actually one of the biggest "gets" of the 2016 recruiting class and most didn't even know it until signing day. Weaver was one of Boise State's infamous "silent commits", meaning that the staff knew of his commitment, but the fanbase was largely left guessing until National Signing Day. Let me tell you, I'm glad that Weaver is on board because this kid is seemingly all upside. The big man had 60 total tackles and 7 sacks last season for St. Anthony and for it, was named All-CIF Southern Section. As a junior, Weaver pitched in 55 tackles (13 for-loss) and 7.5 sacks en route to a league title and his first All-CIF Southern Section inclusion. Weaver was 2nd team all-league as a sophomore when he had 42 tackles and 6 sacks. Oh, and get this...the big guy even rushed for 5 TDs and had over 250 receiving yards (and four more scores) on the offensive side of the ball as a senior. Before (silently) pulling the trigger to become a Bronco, Weaver had earned scholarship offers from Boston College, Duke, Nevada, New Mexico, SJSU, UCF, Utah State, Virginia, WSU, Wisconsin, and Wyoming. Oh, and USC reportedly tried to pull a signing day flip-aroo on Weaver as well...but only managed to sway Josh Fatu /shakes fist.

Going to be a real pest to opposing offenses. 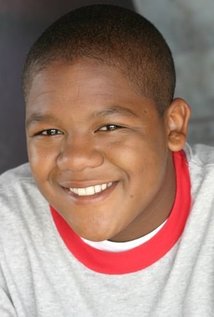 The brother from That’s So Raven

Well, the question as to whether Weaver would maintain his weight or bulk up a tad to play tackle has been enthusiastically answered. He ain’t playing tackle. Weaver hit campus last year at 280 and has lost 25 lbs. during his redshirt season and spring camp en route to a more svelte and versatile defensive end size (or perhaps STUD). I can tell you, Weaver was one guy that I didn’t think the staff would be able to redshirt a year ago, but the Broncos decided to give the true frosh tackles first dibs at playing time, although that diminished as the year went on—to the detriment of our interior line play in my opinion.

This year, Coach Caldwell doesn’t have to make any difficult personnel decisions and players like Weaver, Jabari Watson, and Kayode Rufai have put in their requisite redshirt years and are eager to pitch in in 2017. From the looks of things, Weaver, Sam Whitney, Derriyon Shaw, Jabril Frazier, and super-senior Gabe Perez could all see time at STUD and any of these guys could present DC Andy Avalos with intriguing blitz options. Weaver was disruptive enough in the Spring game to lead me to send the following tweet, and it only underscored what I’d already assumed about the big man...

Getting back from Spring game. I'd say "buy" on Desmond Williams, Curtis Weaver, and Nawahine.

With Boise State moving David Moa moving out of the NT spot and into a three-tech DT slot, I anticipate a lot of chaos in the backfield this season, and if Weaver comes on like I think he can, the Broncos could be back to their old ways and shouldn’t expect their sack and hurry numbers to stagnate this year like they did at the end of 2016.

Yes, and enjoyed the Super Bowl more than I did.

Time travelers returning from January 2018 indicate that Weaver had an all-conference season in 2017 for the Broncos and what spurred him to such heights was me intimating that he looks like the little brother on That’s So Raven. Weaver was able to visualize, ala Bobby Boucher, my head on the shoulders of every quarterback and running back he faced leading him to unceremoniously plant them 2 to 3 inches into the turf.