Know your enemy suffered a bit this year (research takes time, time takes time) but we weren’t going to let the 2017 season close without a deep Duck dive, so buckle up and absorb some Oregon knowledge ahead of tomorrow’s Las Vegas Bowl. It’s the last we’ll ask from you till after Christmas. Promise.

10) The home of the University of Oregon—Eugene—was founded in 1851 and is named after the first name of its founder, Eugene Franklin Skinner—a man accurately described in his wikipedia entry, as “a bearded man”. Skinner was born in New York—the son of assistant postmaster under president Andrew Johnson (although Johnson often reminded him he was assistant TO the postmaster). Later in life, he migrated west to the California territory and wintered at Sutter’s Fort before heading up the coast to the Oregon territory to stake his claim. He laid out the town of Eugene City in ‘51 with the hope that one day, hippies would flock to his namesack and “totally trip balls at a Phish concert”. Skinner took a cold from exposure during the big flood of 1861 while trying to save his cattle and never fully recovered. Greater love hath no man than this, that man lay down his life for his livestock.

9) Oregon’s oldest and bitterest sports rival is Oregon State, whose university is a mere 47 miles away in Corvallis. The first game betwixt the teams was played allllll the way back in 1894 and was won by Oregon Agricultural (now Oregon State, obvs). Since that initial scrum, UO has won 64 contests to OSU’s 47 and the squads have tied 10 times. The usually-annual matchup is known as the Civil War (I think because Ulysses S. Grant used to be Oregon’s starting fullback) and has been played more often than not since its inception. A notable exception (outside of during actual wars) was when following a 12-0 Oregon victory in Corvallis in 1910, fans of both teams began a verbal argument that escalated into a melee as fans returned to the train station to leave. Oregon’s public relations department spread stories of Oregon Agricultural College’s hooliganism to the statewide press, which so offended students of OAC that they shelved the rivalry game for the following season. In modern parlance, this is called “pulling a Kustra”.

8) In 1910, the Oregon football team defeated Puget Sound 115-0 (the school, not the body of water). Apparently Puget Sound's "two hand touch" defensive philosophy backfired in a big way that day and was amended for the 1911 season.

7) The University of Oregon and Boise State both have legitimate claims to the same Hall of Famer. Dave Wilcox played two seasons for BJC before transferring to Oregon for his final two years of eligibility. Wilcox was a 7-time Pro Bowler at linebacker while playing for the San Francisco 49ers and considered by many to be the greatest outside linebacker of his era. Not one to choose sides, his son Justin showed both of his dad's alma maters a little love—playing defensive back for the Ducks before settling in as Boise State's defensive coordinator. The younger Wilcox is now the head coach at Cal and unfortunately cannot erase this gif from the internet.

6) In 1915, a Eugene farmer named James Fullerton found a whale carcass on the beach in nearby Florence, OR. Fullerton thought that the whale carcass would be great for the students of the University of Oregon to behold, so he had it shipped by rail car to the university. Problem was, the university had no knowledge of it and refused to accept a rotting whale carcass (go figure). The railroad wouldn't unload the thing and it stunk up the Eugene area for a good while. Ultimately, Fullerton had to pay to have the whale buried in a vacant lot. Fullerton was so enraged by the university's refusal of his putrefying gift that he founded his own newspaper, the Hornet, to smear the university and its officials. Among Fullerton's claims: "President (Prince Lucien) Campbell has turned the university into a 'hotbed of Germans'". Fullerton went to trial for, and was found guilty of criminal libel in 1919 and was sentenced to a year in jail (but only had to serve one month). I pride myself on my imagination, but frankly, this story is way too awesome for me to have made up.

5) The Zorn-MacPherson Bill in 1932 proposed that the University of Oregon and Oregon State University be merged into one institution. The bill lost in a landslide vote of 6 to 1, but I've provided an artist's rendering below of what the school mascot would've looked like had the bill passed. 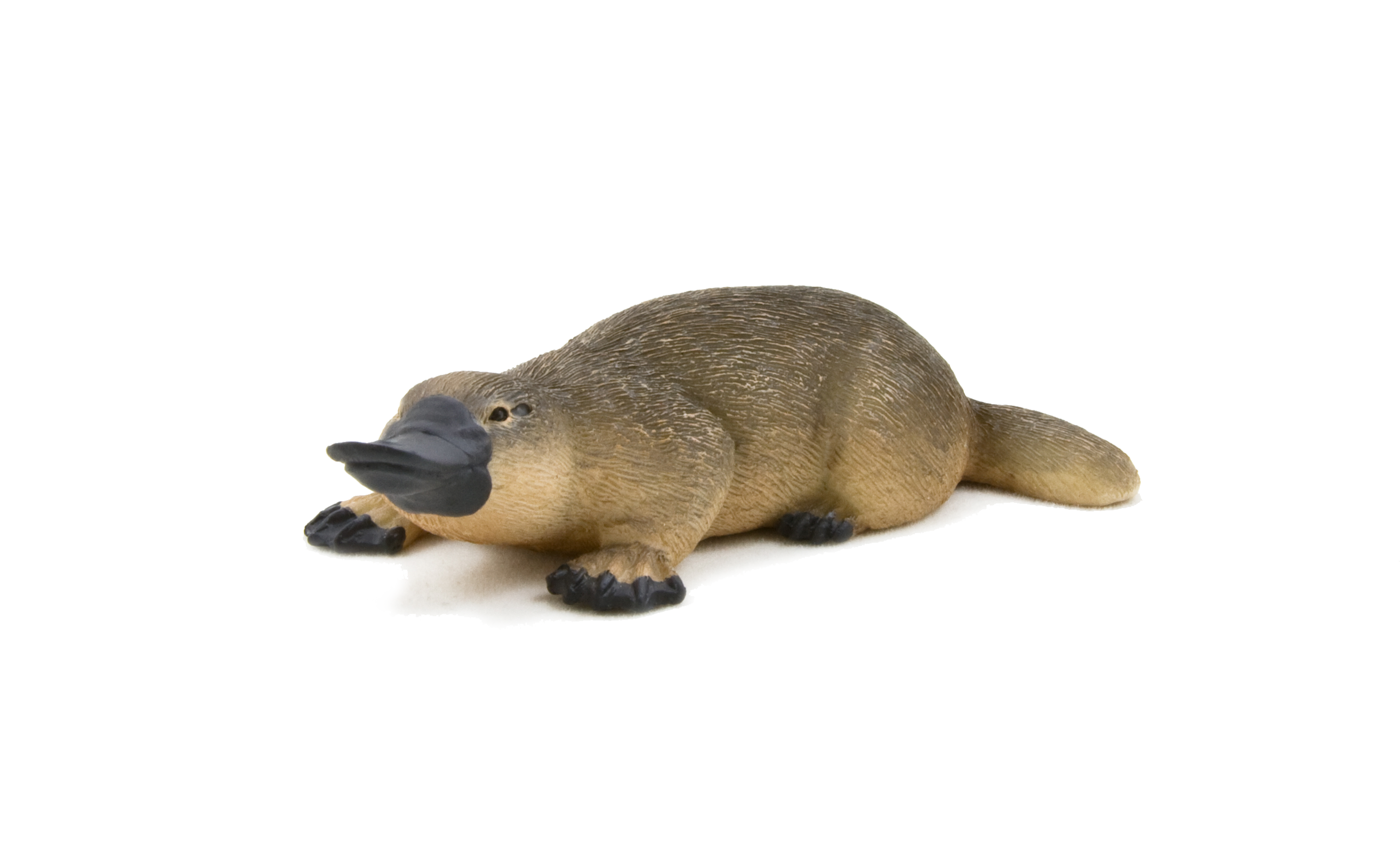 4) Bill Bowerman was the head track coach at Oregon for 24 years. During his time at the university, he coached 31 Olympians and 51 All-Americans. He also developed waffle-soled (gluten-free) running shoes that led to the founding of NIKE, Inc. Oh, you can also thank Bowerman for bringing jogging to America by way of his 1967 book, oddly enough, titled: Jogging. OBNUG salutes you, Bill Bowerman, we'd never have had a boring, tedious exercise fad (or serious case of shin splints) without you.

3) Oregon's first year of football was played in 1894 with a brutal 4-game schedule consisting of Lewis & Clark, Oregon State, Portland University, and Pacific. The squad was co-coached by Cal Young and J.A. Church and went 1-2-1 on the year, and I imagine there was some negotiation over who got credit for the W and who got credit for the 0-0 tie with Pacific. The following year, coach Percy Benson led the "Webfoots" to their first undefeated season (4-0). The team outscored opponents 64-8 that year, although 44 of those points came against Oregon State—benevolence which the Beavers still show the Ducks to this very day.

2) In the 1940s, cartoon drawings of "Puddles", the Duck mascot, began to bear a striking resemblance to Donald Duck, so the school's Athletic Director, Leo Harris, parlayed a friendship with a Disney cartoonist into a meeting with Walt Disney himself. Disney granted the University of Oregon permission to use Donald as its sports mascot and finalized the deal with a handshake. In the 1970s, Disney lawyers weren't so sure the handshake held much weight legally and went after the university. Oregon was able to produce a photo of Walt Disney and Leo Harris wearing matching jackets featuring the Donald Duck mascot. The lawyers backed off, granting the school more formal permission to continue using Donald's likeness on Oregon sports memorabilia. They’ve never explained, however, why Donald never wears pants. 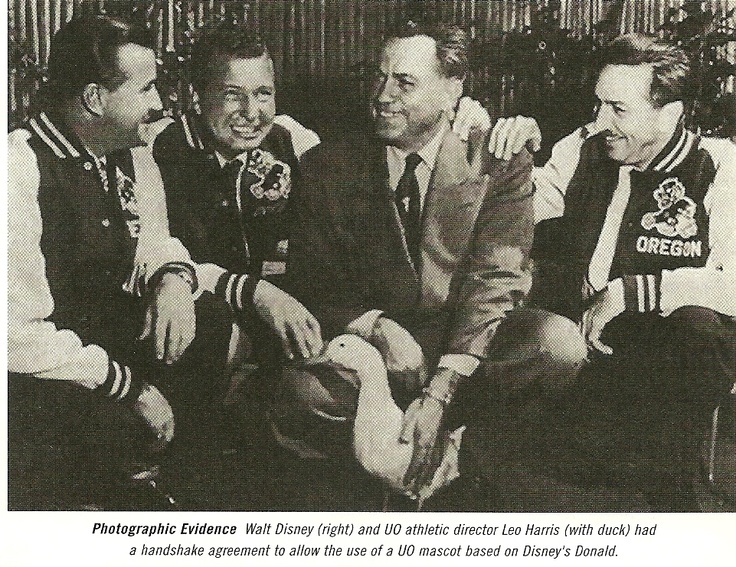 1) One of Oregon football's most famous alums is Hall of Famer Norm Van Brocklin. Van Brocklin went 16-5 as the starting QB for the Ducks and held the Melvin Marsh-approved nickname, “The Dutchman”. Norm Van B was later drafted by the L.A. Rams, and led both the Rams and Philadelphia Eagles to league championships during his time in the league. Van Brocklin was the only quarterback ever to defeat a Vince Lombardi-led team in a title game, which is crazy because in his later years the two looked almost identical. A nine-time Pro Bowl selection, Van Brocklin led the NFL in passing three times and in punting twice (renaissance man). He was inducted into the Pro Football Hall of Fame in 1971 despite throwing more INTs than TDs in a season for half his career. If you can punt, all is forgiven. 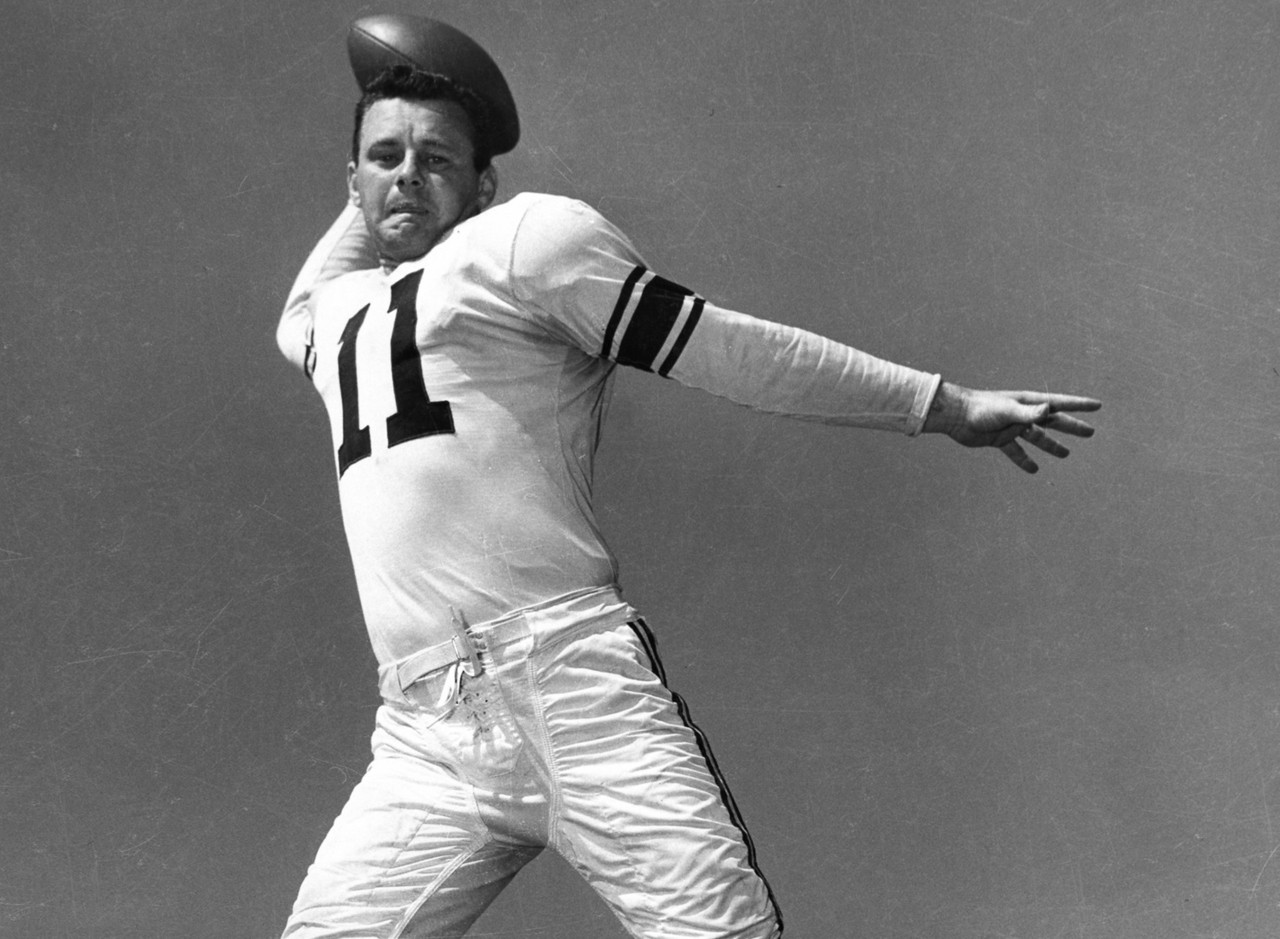 Did I forget to mention that Van Brocklin was 50 feet tall?