Don’t turn your back on the Wolf Pack: Boise State vs Nevada game preview

Share All sharing options for: Don’t turn your back on the Wolf Pack: Boise State vs Nevada game preview

Hello wolf pack our old friend. The Broncos haven’t played Nevada in football since 2014, and when we did—it was a wild one. The Broncos eventually emerged victorious 51-46 that October night behind Jay Ajayi’s 152 yards rushing and after collecting 4 turnovers from then-QB Cody Fajardo. It was a weird game to be sure...but that’s been the norm more often than not against the Wolf Pack (they like that little space between the words) since 2007. Remember, 2007 was the 69-67 quad-OT thriller that put Colin Kaepernick on the map. Funny thing is, despite the wackiness, Nevada has just one win in the last 15 tries against the Broncos. Close only counts in horseshoes, hand-grenades, and presidential elections.

Lest you forget, Nevada is one of Boise State’s oldest and bitterest rivals on the gridiron. The Broncos own the all-time series with the Pack 28-13, but this two-year layoff is the longest the two teams have been apart in nearly five decades. Many of the current Bronco starters don't even feel the least bit of bad blood towards this weekend's visitors. It's up to Bronco Nation to remind them. We'll leave it to the football team to remind the Reno-ites of their place—underfoot.

New head man Jay Norvell brought a novel approach to Reno...burn it down. Not only did Norvell take the run-first Nevada offense that we’ve grown to know and love and threw it out in favor of the Mumme Raid...he decided the defense must go as well. Not saying I blame him on that one...the Wolf Pack gave up nearly 300 rushing yards per game last season. This year? A measly 216...good for 113th in the country. Boise State is 7th in the nation with 102 yards/contest, btw...not that it’s any of my business.

4. Never ever ever forget. Ever. 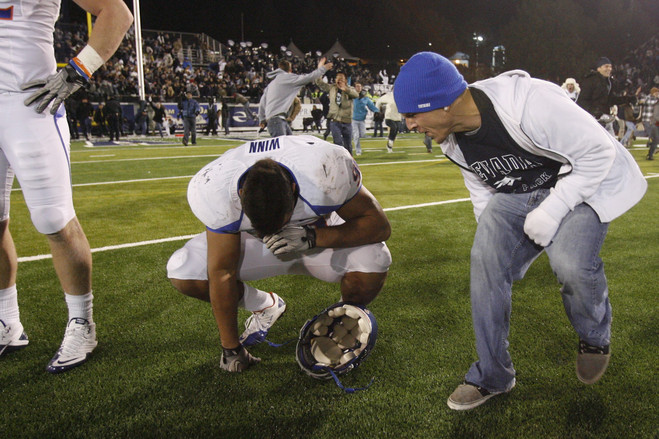 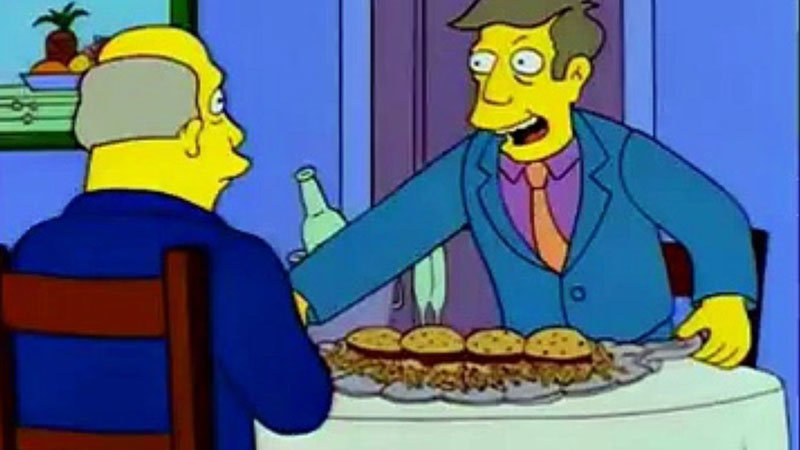 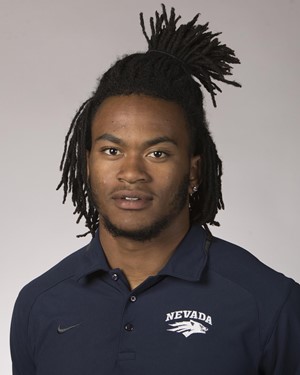 Freshman linebacker D.J. Powe has the whale spout ‘do down.

Nevada has had all sorts of issues at QB this season, and tried out at least 3 different signal-callers before landing on Gangi, but the junior has come alive since being handed the reins full-time in week 5 and tossed 12 TDs in that four game span. His high-water mark for the season was a 428 yard, 4 TD performance against Colorado State and he’s tossed 6 TDs with no INTs the last two weeks. His completion percentage flirts with “meh” at times, so the Broncos will need to force him into 3rd and longs throughout the evening.

The 6’4” 200 lb. senior wideout isn’t leading the team in receiving yards, but he’s definitely going to present matchup problems with his frame. One statistic where Demps is leading the team is TDs...he’s hauled in 8 already this year and I’m sure would like to grab a few more. Let’s not let him.

The future looks bright for the awesomely-named Mannix, as the frosh wide receiver currently leads the Wolf Pack in receiving yards with 611. His 6 TDs also aren’t anything to thumb one’s nose at (Ced Wilson has 5). at 5’10” 178, Mannix isn’t a huge target like Demps, but he’s getting it done on the field with a 15 YPC average. If Nevada chooses to dink and dunk...it’s Mannix that will probably do the dunking.

Man, this kid was SO close to having a hall of fame name. Alas, KelTON Moore will have to settle for just being Nevada’s top rusher. The sophomore RB is built rather sturdily and though the Wolf Pack has undergone a seismic shift away from being a run-first team (Chris Ault is spinning in his uh...lawn chair), Moore is making the most of his touches, with a healthy 6 YPC average. Moore adds enough of a rushing threat to keep defenses honest and honesty really is the best policy.

The junior defensive end is racking up a lot of good stats this year on the other side of the line of scrimmage and when he’s healthy, can really be a disruptor. So far this season, he has 40 tackles, 4.5 sacks, 3 forced fumbles, and a partridge in a pear tree. That’s the opposite of shabby.

A season ago, James Butler was the best running back on the Wolf Pack roster. He was good for 143 yards/game and rushed for 15 TDs. Also, he was just a junior—awesome, right? Welp. Either he wasn’t on board with the pivot to the Air Raid or he was a huge fan of Brian Polian, but Butler used the grad-transfer rules to head to Iowa, where’s he’s played in just four games. At least he’s not in Reno.

Allow me a bit of coach speak: Nevada is better than their record. They’ve got things humming on offense and with a decent showing defensively, could pull off the upset. That said...