Not a whole lot of motivation needed for this game even if a division title wasn’t on the line. Bryan Harsin has never defeated Troy Calhoun on the football field (did beat him in Mario Kart at MWC media days) and I’m sure would sorely love to do so. In fact, the Broncos haven’t defeated Air Force in football since a scrappy underdog named JOE SOUTHWICK was at the helm (2013). Southwick was 27-of-29 that day...last season Brett Rypien was 9-of-26. Call Eleven, because I think we’re in the upside down.

The triple-option offense that Air Force employs is a rarity in college football. For the most part, only the service academies, Georgia Tech, and recently New Mexico run it. Somehow, Boise State ended up with two triple-option offenses in the same division...clearly a “that’s for trying to go to the Big East” prize from Craig Thompson. The good news this weekend is that we’ve seen the triple-option already this season and handled it rather well...the bad news is that Air Force runs it far better than New Mexico does and even if we shut the offense down like the last two seasons, we’re usually down an LB or two (a very real possibility this weekend) and our offense plays like a bunch of n00bs. Is this finally the year that our offense and defense both click against Air Force? Maybe...but I’m not putting any money on the spread.

Boise State will honor 14 seniors this weekend and they’ll have a bit of motivation also. The outgoing class is one win away from becoming the 15th class in the last 16 to depart with 40-or-more wins in their careers...a nice little average of 10 wins per season. And you wonder why players want to come to lil old Boise, Idaho.

Boise State - Won 6 (fifth longest in the country, thank you very much) 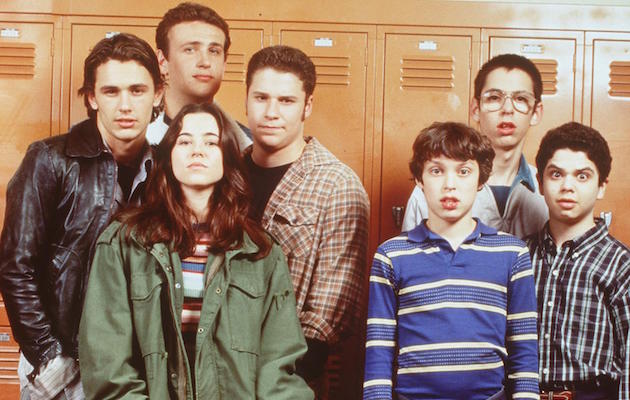 Pour one out for my homie Weston Steelhammer, but welcome our new pal Wolfgang Rehbock (OL)

No awards this week, this is a service academy so they’re all high and tight on the hairdos.

Worthman is the Falcons junior QB, but take that job title with a grain of salt. The 5’11” 205 pounder is Air Force’s leading rusher, so even with ALL those options, he’ll choose to keep the rock the majority of the time. Not saying that Worthman can’t pass...but he’s sub-fifty-percent on the season in that particular metric. He does have 10 TD tosses to just 4 picks, so unfortunately he does it well enough that we can’t completely neglect our downfield coverage. It’s always something!

Seriously, bummer of a name...but McVey is one of the Falcons’ best, but certainly not biggest weapons (5’9” 190 lbs.). You’ll see the senior listed as an RB, but he’ll line up as a wide receiver and field punts when he’s able. Tackle this guy with gusto.

Bennett is the guy that puts the “Air” in Air Force as the Falcons top receiver. Again, he’s not going to be a central part of the offense, but just when they’ve lulled defenses into stacking the box and taking out the pitch guy...BAM! there’s Bennett running free downfield. Like most Air Force receivers, he isn’t targeted that often (15 catches on the year), but when he’s open...he’s usually way open (21.7 YPC and 3 TDs). Spy this one, fellas.

Cleveland might be even better at McVey’s game than McVey is this year. Not only is the somewhat diminutive “WR” third on the team in rushing, with 379 yards and 3 TDs, but he’s also the Falcons second-leading receiver, with 245 yards under his standard-issue belt.

By Odin’s raven, I’m glad to announce we no longer have to contend with safety Weston Steelhammer, whose highlight reel featured so many plays against the Broncos, you’d think his cousin was on our video staff.

I was just a smidge off on last week’s score prediction, but the result was still the same...a Bronco W. A win this week is even bigger than last week, so pour it on, boys.