Know your enemy has taken a bit of a hit lately as time has not allowed me to do the requisite historical research that a good KYE requires. Believing that cobbling together older facts for a Know your enemy post is better than nothing at all, I present this weeks iteration. Some of these facts won’t be new to you, but if they are—Bob is most certainly your uncle. Let’s go. 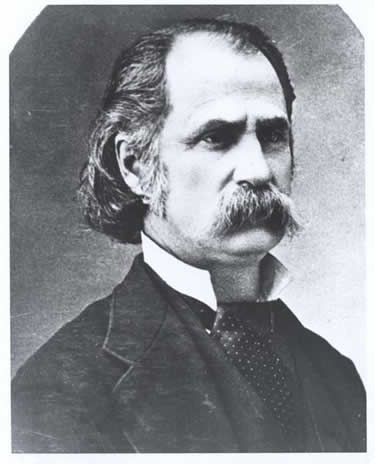 8) In 1872 the town of Fort Collins experienced its first population boom thanks in part to the establishment of an agricultural colony. The cosmopolitan pursuits of rock quarrying, sugar beet farming, and sheep slaughter really put the berg on the map and by 1900 the surplus of beet tops and sheep led the metropolis to become known as the "lamb feeding capital of the world". I have a sneaking suspicion that in the early 1900s towns that did stuff that was too boring or unprofitable for other towns to do often labeled themselves as "____ capital of the world"—besides, it looked better on the town population sign than "Beets and Sheep, 4 for a dollar".

7) Colorado State played their first season of collegiate football in 1890, although they had no coach and apparently not much talent. The inaugural squad went 0-2 against Colorado and the Colorado School of Mimes (or Mines). The next year, the fledgling squad still had no coach, but did understand the basic tenets of the sport and improved their record to 2-2. The following years (still no coach) were a bit of a blur as the squad either lost regularly or just packed it in altogether (1895–1898). Finally, in 1899...a breakthrough! A coach! W.J. Forbes to be exact. He wasn't any good and only lasted a year, but the precedent had been set—the squad was to have a coach AND actually play games more than once every 3 years. You can't stop progress!

6) Colorado State athletics competes as the "Rams", but this was not always the case. Early on, the school competed under the familiar "Aggies" moniker common to agricultural colleges. Between 1935 and 1957, the school was known as Colorado State College of Agriculture and Mechanic Arts, or Colorado A&M for fans of brevity—and during that time, the Aggies name was used exclusively. The team mascot went through several iterations before a Rambouillet sheep was introduced in the 1940s...eventually leading the sports teams to adopt the nickname in 1957. Prior to the Ram, the school's live mascot had been a bulldog named Peanuts (suspected of being poisoned by CU students in 1918), a six year-old kid named Billy Hughes (son of head coach Harry Hughes, and thankfully not poisoned by CU students), and a bear cub (given no name...let's call him Bear-y Manilow).

5) The longest-tenured coach in CSU history is Harry W. Hughes, father of mascot Billy. Hughes coached for 32 seasons between 1911 and 1946 (math doesn't add up because he took a 4 year hiatus), which is more than double the next longest-tenured coach in program history (Sonny Lubick). In 1914, Hughes developed a play called the Million Dollar Play, which was probably aspirational, because I don't think he earned a dime from it. Anyhoo, the Million Dollar Play was an end-around based triple pass of sorts and it blew WWI era minds apparently but then again, so did the forward pass. After handing over the reins of the football team to Bob Davis in 1947, Hughes became the athletic director and when he decided to retire from that in 1953, he promptly died of a massive heart attack. The guy's heart really did beat for the Aggies. 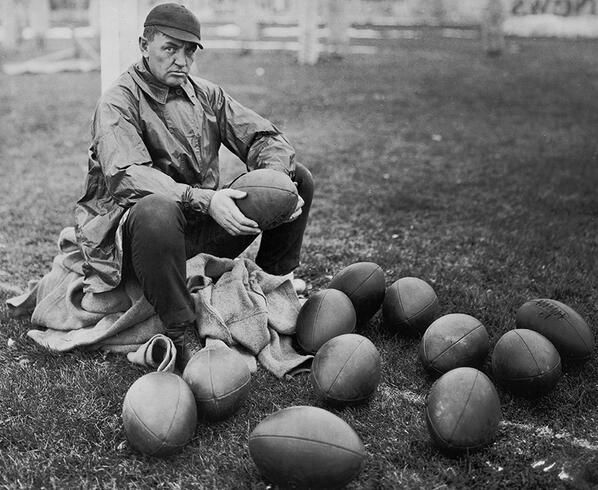 4) Picking the best player in Colorado State history is a largely subjective undertaking, but I'd say that Thurman "Fum" McGraw has a pretty strong case (even he lost player of the year honors to Garrett Grayson, however). Fum—who had brothers named Fee, Fie, and Fo—enrolled at CSU (then known as Colorado A&M) in 1946 after serving a stint with the Marines in WWII and quickly became a dominant defensive end for the Rams (then known as the Aggies). Fum's boxing and wrestling background and 6'5" frame helped him become the school's first consensus All-American in 1948...a feat he repeated in 1949. After graduating, Fum was drafted by the Detroit Lions and was selected Rookie of the Year and an All-Pro in his first season. Fum only played 5 seasons in the NFL, but was good enough to be elected to the Hall of Fame in 1981.

A CSU booster till his death in 2000, Fum would often visit the locker room and recite what is now known as "Fum's Song", a harmless ditty that denigrates their rival institutions. Of course, since this is the 21st century, and no one can be offended or the least bit put out—ever—the school was asked to halt the playing of a video of McGraw singing "Fum's Song" on the stadium jumbotron prior to the 2006 season. I've embedded the video of ole Fum belting out his tune below...hopefully there’s a fainting couch nearby.

3) CSU employs (he works for sugar beets) a Rambouillet Bighorn Sheep named “CAM” as their live mascot for football games. The Ram, now in its 25th iteration, takes the field before games and at halftime and will give a hearty "BAA" when asked about this year's CSU squad. The mascot(s) got the name CAM in 1946 when an acronymically gifted alumnus suggested the name to stand for Colorado Agricultural and Mechanical College...wait, that's CAMC! What are you playing at?! At any rate, CAM #24 died last season at age 6 (on the day of the CSU-Colorado game) and is now cheering on the Rams from quadruped heaven. In quadruped hell? Surprisingly, Lassie #2 who was an unapologetic anti-Semite. Oh, and the first CSU mascot was not a sheep but a bulldog named Peanuts, but I think too many people were allergic (and this was before EpiPens). 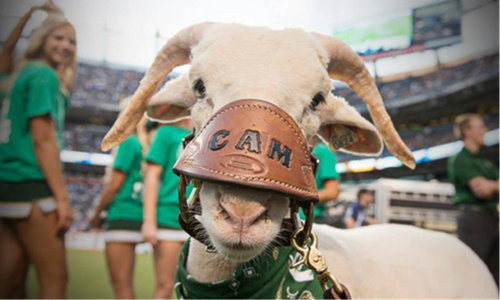 2) While CU-Boulder is a natural in-state rival—the oldest (and some say, bitterest) rival for CSU is the University of Wyoming. CSU and Wyoming have played 109 times dating back to 1899, with CSU having won 58 of the contests to date. Since 1968, the winner of the "border war" has received the Bronze Boot trophy, which is a bronzed boot that was worn by CSU ROTC instructor Capt. Dan Romero in Vietnam. How he managed to sneak up on the Vietcong with that thing on is beyond me.

1) Colorado State now plays their home football games at the brand-spanking-new “Colorado State Stadium”—a name that took a marketing team 6 months and hours and hours of focus groups to come up with. The playing surface is called Sonny Lubick Field, honoring the 15th head coach at CSU and their most successful one. Lubick won 129 games between 1993 and 2007 and won (or shared) six WAC or MWC titles. Sports Illustrated named Lubick their National Coach of the Year in 1994 after guiding the team to their first outright WAC title and an appearance in the Holiday Bowl.

Proving that nothing gold can stay, Lubick lost his edge around 2004 and after a string of .500 or below seasons, was relieved of his duties in 2007. Canning a legend is hard to do, so Colorado State offered him a PR and fund-raising position with the university, but he declined and ended up opening a steakhouse (the appropriately named “Sonny Lubick Steakhouse”) in downtown Fort Collins.

The real house that Lubick built.