1. You know we got bad blood

The Broncos and the Cougars have only met 7 times in their histories despite only being 380 miles away from one another and the Broncos own the series right now with a record of 5-2. However, the Broncos lost in heartbreaking fashion on their last visit to Motown, and that game yielded a groin punch AND gut punch, so you know sparks are going to fly despite the fact that both teams are coming off demoralizing losses.

Even though the Broncos lead the series, they haven’t won IN Provo since 2003. Watching the dejected Coug fans rush the field, Cokes in hand, again in 2017 would just about break me.

The Broncos looked colossally unprepared to deal with the Cavaliers two weeks ago, but Harsin does tend to do a bit better with some time to prepare—he's 13-6 with more than a week between contests (bowls included) and considering the offense needed an Extreme Home Makeover-sized rebuild after the UVA debacle, thank God for that.

Guy at the bottom shotgunning cereal?

The Poly connection is strong in Provo, so you’re sure to get some tongue-twisters...but for my money, our old pal Squally Canada still takes the cake 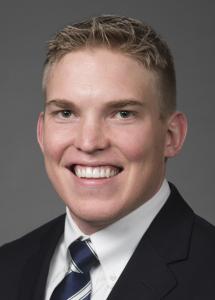 Photographer: Okay, smile...but not in a creepy way...
Soph DL David Low: No can do, boss.

When BYU QBs are playing well, the Cougs can be a tough “out” (see 2013 and 2015 for examples). This season, they’ve yet to find a real playmaker as their top 3 have struggled. Tanner Mangum has been nursing an injury, but would love to make his return against his hometown team. Beau Hoge found some success last weekend against Utah State before he also succumbed to injury, and Koy Detmer Jr....well, let’s just hope we face Koy Detmer Jr.

The senior LB is a Butkus and Bednarik Award watch-lister and has been a thorn in the Broncos sides for a while and could be again if we don’t steer clear. He’s got 41 tackles through 5 games and a forced fumble, 2 PBUs and a sack for good measure. He had a forced fumble and a pick-six against the Broncos a year ago and a pick-six as a frosh in 2014. Let’s not give him a hat trick, eh?

The Cougs have found no RB to make up for the significant loss of Jamaal Williams, but Tolutau has been their biggest weapon so far as he’s just edging Canada in touches and yards. The former Wisconsin commit is just a frosh, but at 6’1” 250 lbs. he’s already a steamroller.

BYU fans have to be thrilled that the Warner Brothers spurned P5 interest (Troy was once an Oregon commit) to come to Provo because both 4-star players have big-time ability and potential. Safety Troy is just a sophomore, but has already broken up 4 passes on the year and has surpassed last season’s tackle numbers in just 5 games.

Like I’ve said...the Cougs aren’t scaring many people with their passing attack, but if they do get something going through the air, Bushman is likely to draw the QB’s gaze. He’s the Cougars leading receiver through 5 games but is still looking for his first TD. At 6’5” 230 lbs...it’s not hard to imagine he’ll be looking for long.

RB Jamaal Williams has moved to Greener Bays—which is probably a good thing since he was the best running threat the Cougs have had since forever.