Boise State righted their blue ship last weekend with a home win over San José State and have stormed the beaches of paradise looking for their second straight. The 4-6 Warriors have looked a bit better after jettisoning Norm Chow, and despite the losing record definitely appear more dangerous than the squad that was drubbed 55-0 by the Broncos last season. We'll see just how much more dangerous this evening, but in the meantime, you can entertain yourself with these fun facts about our island friends...or you could head down to Taco Bell Arena and watch real live basketball. Who am I kidding? We're in the smart phone era...you can do both!

10) The University of Hawaii's Manoa campus lies on the site of the first sugarcane and coffee plantations on the Hawaiian Islands. The first person to tend the crops commercially in Manoa was John Wilkinson, who came to Hawaii with Lord Byron aboard the HMS Blonde (seriously) in 1825. The HMS Blonde, which according to other ships "had more fun", was not greeted with great enthusiasm upon its arrival in Hawaii, as it also bore the dead bodies of King Kamehameha II and his wife, Queen Kamamalu who had both contracted measles and died while in London on a state visit.

9) The University of Hawaii at Manoa was founded in 1907 as a land grant college for the study of agriculture and mechanical arts (mechanics doing landscape paintings, I believe). In 1918, a Chinese banker named William Kwai Fong Yap petitioned the territorial legislature for university status. By 1920, the legislature acquiesced—apparently in an effort to silence Kwai Fong Yap's Yap.

8) The first season of football at Hawaii was played in 1909 and the upstart program went 2-2 against a slate of just two opponents—McKinley High and Punahou College. The following year Coach Austin Jones' squad played an identical schedule that served up triple helpings of Punahou and McKinley, and the squad improved to 4-2. The next season, Punahou and McKinley High were sick of playing UH 3 times apiece and opted for a much more manageable 2 game rubber match...again, Hawaii went 2-2. Then, the program was disbanded for 3 whole years—ostensiblly, because Punahou and McKinley High were like "dude"—and then in 1915, UH was back at it with Punahou and McKinley but had them bring friends—Kamehameha HS and Mid-Pacific Institute. All told, the team largely played pickup games on the island for the first 15 years against the likes of "Field Artillery", "Waikiki Surfers", "Aero Squadron", "Signal Corps" and "Outrigger Canoe Club" (seriously) until finally sending their dog and pony show, via ship, to Pasadena, California in 1923 to play Pomona. 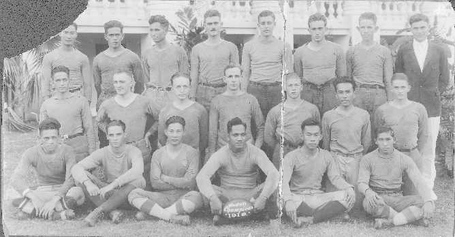 7) In 1941, Hawaii was scheduled to play in a round-robin style football tournament known as the Shrine Bowl against Willamette College and San José State University. On December 6, the team defeated Willamette 20-6 but never got to play San José State as Japan attacked Pearl Harbor the following day. Wilamette's football team and fans, stranded on the island, volunteered to guard the perimeter of the Punahou school for ten days while female members of their travel party volunteered at nursing stations. Similarly, the San José State and Hawaii teams volunteered or were assigned to help the Honolulu police or guard water supplies for the tumultuous couple of week following the attack. It wasn't until December 19th that the SJSU and Willamette squads were able to return to the mainland by hitching a ride on the SS President Coolidge, which was carrying civilians and badly wounded soldiers to San Francisco. On the trip home, the players had to sleep in steerage (below sea level) and assist the wounded passengers on the trip home—several team members stayed in Hawaii to help with the war effort. A pretty incredible bit of luck had these 3 teams playing in Hawaii into mid-December in 1941, but it's an amazing story that now links these '41 squads with world history as well. 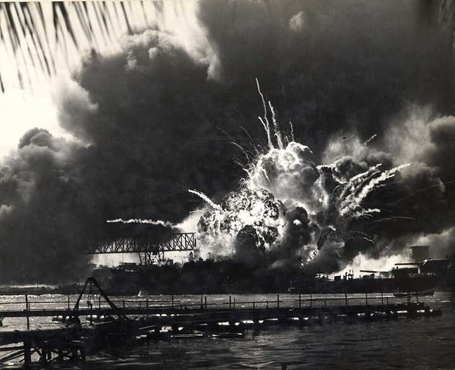 6) The winningest coach in Hawaii football history is Otto "Proc" Klum, who spent all of his Prohibition era career at Hawaii. Klum, who I'm guessing got his nickname from repeated visits to the proctologist, was also known as "The Manoa Fox" and "The guy with one too many nicknames", and put together 3 undefeated campaigns in his 19 year career (1924,1925 and 1934). Klum piled up 84 victories while at the helm, with rather pedestrian seasons mixed in liberally with his three aforementioned dream teams and then turned the reins over to Tom "Grass Shack" Kaulukukui in 1940 (you'll read all about Grass Shack upon further scrolling). Klum was notorious for running up the score, which landed him the nickname "Seriously, another nickname?!" and twice scored over 100 points on an opponent in the 1926 season alone. Klum died in 1944 and the gymnasium on the Manoa campus now bears his name along with all but two of his 18 nicknames ("Otto-matic" and "Don't call me 'Heidi'"). 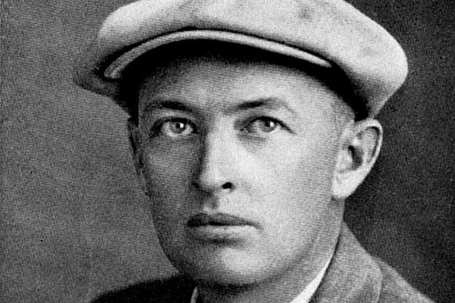 5) In 1923, after defeating Oregon State on Moiliili Field, a rainbow appeared, causing local reporters to start calling the UH football team the "Rainbows". Hawaii fans are eternally grateful that reporters didn't look to their left and see a dog peeing or something, as they apparently were a pretty impressionable lot. Hawaii teams were known as the "Rainbow Warriors" until they dropped the "Rainbow" from their name and logos in 2001, only to see the colorful moniker return in 2013. What was at the end of the rainbow? Disappointingly, Norm Chow.

4) Hawaii running back Thomas Kaulukukui's number (32) is the only number to date that has been retired by the UH football program. Kaulukukui, (lord, I hope that's the last time I have to type that) was dubbed "Grass Shack" by legendary sportswriter Grantland Rice and it may be because of his Davey O'brien/Audie Murphy-esque physique. TK (flat refused to type it) was only 5'4" and weighed a whopping 145 lbs, but in a 1935 game against UCLA, he returned a kickoff 103 yards for a touchdown...probably by running through defenders' legs in a Little Giants-type montage with Yakety Sax playing in the background. Grantland Rice himself proclaimed it to be "the feel-good kickoff return of the year" and "dripping with whimsy". 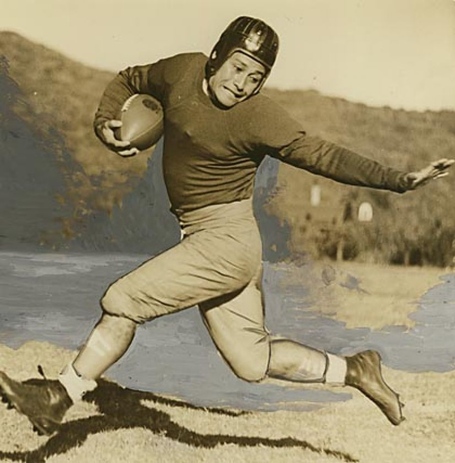 A shack divided against itself cannot stand.

3) You might have noticed while trying to phonetically sound out Grass Shack's surname...but the Hawaiian alphabet only contains only 12 letters. Vowels: A, E, I, O, U (and NOT sometimes Y) and consonants: H, K, L, M, N, P, W. Despite the standard English alphabet containing all the same letters (plus 14 more) Mark Johnson cannot pronounce any of them.
2) Prior to being known as the "Warriors", and well before being referred to as the fabulous "Rainbows", the UH football team was known as "The Fighting Deans"—a nickname that, in voting, ran a close second to "The Scrappin' School Marms" (which was already taken).
1) The official University of Hawaii magazine is called Malamalama. If you feel like browsing their archives, you might want to check out the September 2002 issue of Malamalama that featured an interview with Yo Yo Ma and articles on prize-winning Brahmas and Llamas and explorer Vasco Da Gama.