Share All sharing options for: Know your enemy 2015: BYU Cougars

Boise State plays a game of some import on the morrow and it should be a real test of the Bronco defense. While we wait for 8:15pm and the promise of football, mayhap allow me to be your communicant and take a gander at these sundry facts and figures I've compiled. Looking at history has an adverse effect on my vocabulary. I will henceforth abstain.

10) Provo, Utah—the home of Brigham Young University—was discovered by a missionary...but not one of the Dockers and starched dress-shirt variety. A Spanish Franciscan missionary named Father Silvestre Velez de Escalante probably stumbled onto the area right around the time that America was born. It wasn't till about 75 years later when 33 Mormon families from Salt Lake established Fort Utah where Provo stands today. Just a year later, the settlement was renamed "Provo" in honor of French Canadian fur trader Étienne Provost—widely believed to be the first man of European descent to behold the Great Salt Lake in all its salty glory. Later that year, the Battle of Fort Utah occurred...which is not an entirely pleasant story, so I'll let you read about that here. 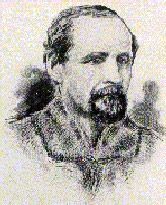 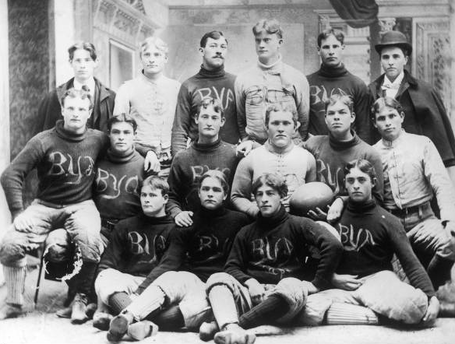 6) Speaking of LaVell Edwards...he's the winningest coach in BYU football history, with 257 wins, and as you'd expect, also the longest tenured coach in the school's history by at least 20 years. When Edwards arrived at BYU, the school had suffered through years of football mediocrity, but his focus on transforming the offense into that of the pass-first variety led to big changes in the team's success and perception. For instance, no one could really name a BYU QB before Edwards' tenure...now you can probably name several (Steve Young, Jim McMahon, Ty Detmer, Steve Sarkisian, etc). Edwards' squads won 19 conference championships and 1 national championship* (1984). They've won just 3 since his retirement in 2000. By all accounts, Edwards was/is a great guy, but his sideline demeanor was somewhere between "bitter beer face" and Grandpa Jones from Hee Haw! A compilation:

5) The famous "Y" that adorns a mountainside overlooking BYU’s Provo campus is actually 380 feet high and 130 feet across. The iconic sometimes-vowel went up on the mountainside in 1906 and was originally comprised of lime, sand, and rock. But "Y" isn’t there a "B" or a "U" on the mountain you might be asking. Well, that can be traced back to good old-fashioned laziness. After the Y had been set by a large group of local high school and university students, they decided the other letters were just simply not worth the additional effort and descended the mountain never to return. Well, I guess they sort of returned…but only to apply whitewash (or serifs) to the monstrous letter each year until soil erosion killed that tradition. Nowadays, people only touch up the Y every 5 years or so with a fresh coat of paint, but guards must remain on the mountain year-round to make sure that riff-raff "M", "C", and "A" keep their distance.

4) During rivalry week, BYU pre-emptively shrink wraps their many campus statues to seal in the freshness and to deter would-be vandals (possibly by making them think they’ve already been vandalized). The wrappings have generally deterred vandals, but for freshness sake, it’s always best to refrigerate statues after opening.

Always best to keep your cougars under wraps

3) Nowadays, "cougars on the prowl" might have a different connotation for college aged males, but in 1929 the BYU student body wasn’t overly thrilled with the prospects, as TWO real, live cougars—procured for mascot purposes—broke loose from their cages and terrorized the campus and local farm animals for the better part of a day. After the duo—let's call them "Scratchy" and "Bitey"—were re-captured, BYU made sure their live mascots were stored off campus. Personally, I would’ve just changed the school mascot to "The small, flightless birds" and been done with it.

This cougar is currently being sued by the Puma footwear corporation for copyright infringement.

2) Although the institution is named after a bearded fellow, and they’re rather fond of another bearded guy, beards are strictly prohibited on BYU’s campus. Recently, the school clarified their beard policy by basically doubling down on it, but they do now offer exemptions for students that request a beard waiver "card". Reasons that a student might seek a "beard card" would be religious tradition (such as a Muslim or a member of the Brett Keisel Cult) or for "medical reasons". Good luck wracking your brains the rest of the weekend trying to figure out what medical condition would necessitate a beard. "You've got loose jaw syndrome, son...take two beards and call me in the morning."

"I grew this beard to help with my rheumatoid arthritis."

1) While the BYU football team has been a proven winner over the years, they can't come close to the level of success of the BYU Ballroom Dance Company. The BYUBDC has won the U.S. National Formation Dance Championship every single year since 1982. To put that in perspective, the greatest TV show in world history, Knight Rider, debuted in 1982 and today K.I.T.T., his super-intelligent Pontiac Trans AM just celebrated his 33rd birthday. Happy birthday, K.I.T.T., you don't look a day older than an '88 Trans AM!