Ah, Air Force. Inscrutable mystery of defensive gameplans. Death by tiny papercuts. Service academy of which we are morally obligated to avoid jokes. Pain in the hiney.

Air Force drives you to insanity in a hurry and before you know it, you're chasing running backs who don't have the ball while a fullback gallops for 45 yards untouched. Have you ever seen a galloping fullback? They only come around every 85 years or when Air Force is on the schedule. They're the aurora borealis of football dudes.

Boise State has the unenviable task of defending this Air Force triple-option menagerie and doing so with a new coaching staff yet to take full responsibility for something so crazy difficult. Bryan Harsin and Marcel Yates certainly know what the triple option is and what the triple option does, but then Chris Petersen supposedly knew the same things and AFA nearly pulled an upset on The Blue a few years back. I was at that game. It was terrifying. 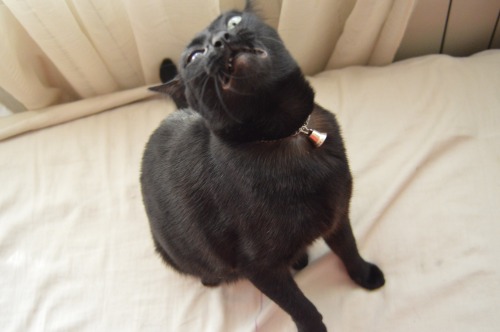 How will the Broncos fare this year? Consider: Boise State's defense is spectacular, especially the front six/seven. Air Force is in a program lull where they're no longer scary dangerous and are moreso randomly dangerous.

Is this the week when it all comes together for Air Force and all falls apart for Boise State? Maybe. Conference play does weird things to teams.

That said, the Broncos are 13-point favorites, they've won three straight games, and Bryan Harsin is omniscient, infallible, and on a roll. (That's terrible game analysis by me, by the way, but when you're playing Air Force you kind of throw game analysis out the window, cross your fingers, and hope for the best.)

Georgia State threw for 414 yards against Air Force last week, and if Boise State is going to have anywhere near that level of success, then Miller will probably have 300 yards or so by the end of things.

Pearson has thrown for 400+ yards so far this season, which is great for an Air Force quarterback. /backhanded compliment /sorry,Kale

Score more points than the other team.

The fact that I do understand what this one means (basically, do your assignment and don't chase playfakes and ballfakes) doesn't make this key any less weird. "Have good eyes"? The CBS Sports Network team is likely to say this scores of times, and it's never not going to sound like an optometry ad.

If Boise State can jump out to a big lead early, that might - might - force Air Force to pass. Also, big leads early allow for more slacking in the fourth quarter.