It's no secret—Boise State is on a quest to join a Power 5 Conference. Let's see if it's possible.

This is the first part of a series detailing how Boise State University compares to the rest of the schools in the two most likely conference landing spots, the Big 12 and Pac-12, if and when Boise State moves to the upper echelon of collegiate athletics.

Ascending to a top tier conference might not be likely and it might not even be feasible, but this series will explore how Boise State stacks up against the other schools and provide some thought-starting recommendations that might help Bronco Nation get to the Promise Land.

NOTE: In any expansion scenario, Boise State isn't likely to join alone. Conferences desire an even number of teams for schedule balancing and having a geographically proximate rival is always a plus. For these reasons, any Power 5 discussion involving Boise State will also include BYU—it's just a matter of time before they figure out playing as an Independent isn't sustainable in today's landscape. 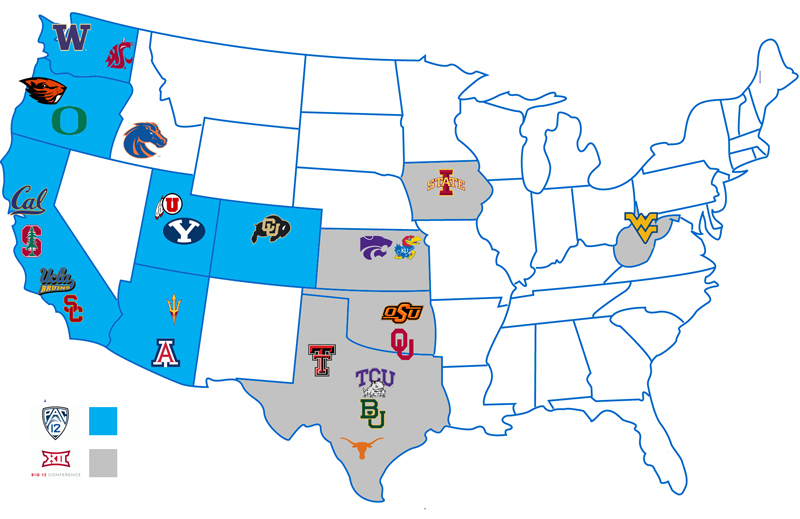 The inaugural post of this series will explore the low hanging fruit, if you will. All of this data from the United States Census Bureau and Internal Revenue Service is pretty basic and straightforward, but it's a good starting point and foundation for the rest of the series. 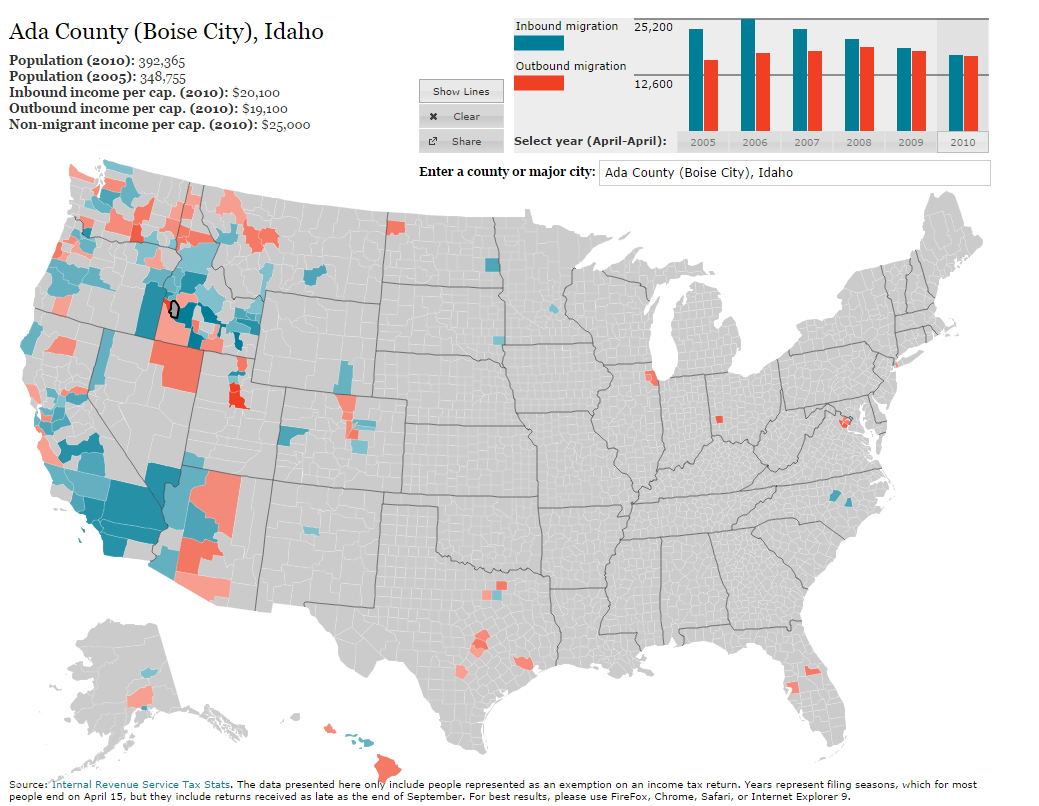 It might be a little surprising to see that Boise city is pretty large compared to the other cities that the major universities call home. It helps when your university is located in the beating heart of the state... the source of economic, political, and cultural influence. Boise's growth is strong, and only getting stronger, but the rate lags behind most of the Big 12 cities.

Expanding the statistical area to the metro region is more telling of how Boise State compares to the other universities. The Boise Metro Area is more of what you would expect—lagging behind. The other universities have a much more developed metro area; although, the Boise metro area is almost the high water mark for growth (Thanks, Meridian!).

And you thought it was all Californians.... Ada County is continually getting more people moving in than those who move away and much of the inflow comes from other regions around the state, not California. The areas that receive the most people moving away from Ada County (Salt Lake City and Phoenix) may be related to LDS populatiions in those areas.

This particular subject area can be a little controversial. Booming population growth is a sign of economic prosperity, with that comes an influx of people moving in from out of state. While a part of me wants to keep Boise and Idaho a hidden secret, more population growth is needed to bolster Boise State's case for inclusion into a Power 5 conference.

What are your thoughts on this data? What would you do to encourage population growth? Does population even matter for the conference affiliation conversation?