"No captain can do very wrong if he places his ship alongside that of the enemy." —Horatio Nelson

In about six hours, the Broncos will take on the Rebels of Ole Miss in a largely meaningless game that means the world to both fanbases. Boise State is trying to get back on the dominant track after a sub-par 2013 and the Rebels are trying to continue their ascent to the middle-tier of the SEC. We don't know how the game is going to go, but you'll know your Ole Miss history after reading this inaugural 2014 Know Your Enemy. Know'em good.

10) Lafayette County was formed in 1832 from lands that had been given up by the Chickasaw Indians in the Treaty of Pontotac Creek. The county was organized 4 years later and and a year after that, pioneers John Martin, John Craig, and John Chisom (The "John"er Party) purchased the land as the site for a town. That town was named "Oxford" to promote it as a center of learning—a self-fulfilling prophecy because in 1841, the Mississippi legislature named Oxford as the site of the THE University of Mississippi, which opened in 1848 with a deluge of 80 students that were eager to enroll in classes like Not Dying of Cholera 101 and Whittlin’ 204.

9) The oldest building on the Ole Miss campus is The Lyceum, named after the peripatetic school of Aristotle in ancient Greece (obviously). The Lyceum took two years to build and was one of the original six buildings on the Oxford campus...the only devoted to academics (the others were dormitories, faculty halls, and whittlin' workshops). The building's columned facade is shown on the university's official crest and it was designed by English-born architect William "Wooden" Nichols who also designed the North Carolina, Alabama, and Mississippi capitol buildings as well as the lowercase buildings. 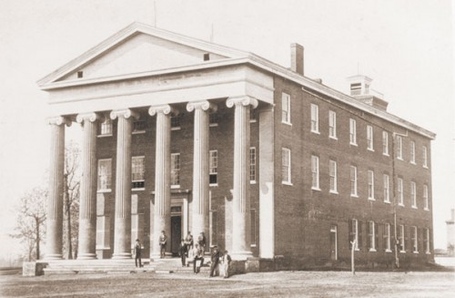 Check out the columns on this one

8) When the Civil War broke out in 1861, classes at the university were "interrupted"…well, let’s say "suspended" as the ENTIRE student body (apparently the school was not co-ed at this point) enlisted in the Confederate army. Their company, Company A of the 11th Mississippi Infantry was so stuffed to the gills with university lads that it was nicknamed the University Greys and grey skies were on the horizon for the infantry when they suffered a 100% casualty rate in the Battle of Gettysburg, mainly in the ill-fated Pickett’s Charge portion of the proceedings. When the university re-opened after the war, only one member of the Greys returned to campus, ostensibly to tell the student body to stay in school. 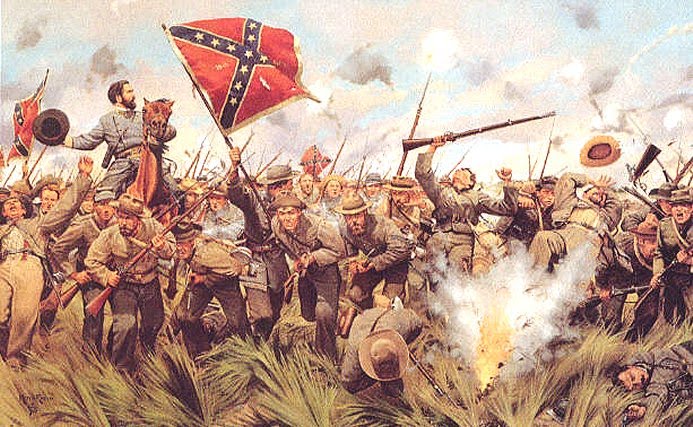 Not a good day for the Greys

7) Ole Miss didn’t really become "Ole Miss" until 1897 when the school published its first yearbook and solicited titles for the annual from the student body. A student, Elma Meek, came up with the winning entry: "Ole Miss", which is rumored to not be a shortening of "Old Mississippi" but rather derived from the term "‘ol’ mistress", a name given to plantation owner’s wives by slaves. Its one of those things you don’t want to be true, but then remember that their mascot is a rebel and the ENTIRE student body enlisted in the Confederate army. Meek’s entry beat out contenders like "Four s’s, four i’s, 2 p’s, one killer yearbook" and "The Oxford Comma: Students, faculty, and miscellany". The first yearbook inscription? "Have a great summer", naturally.

6) Ole Miss played their first season of football in 1893 (nearly 40 years before Boise State's founding) under "coach" A.L. Bondurant, the university's Greek and Latin professor. Their first ever game was a 56-0 drubbing of Southwest Baptist University AD MORTEM.  The squad won 4 of their 5 contests that year, but Doc Bondurant wasn't long for the athletics game and handed the reins to fellow initials-for-first-name C.D. Clark, the university's first paid football coach. Early on, the team was known as "The Red and Blue" (the athletic color scheme, chosen to reflect esteem for football powerhouses Harvard and Yale), but soon became "The Mississippi Flood". It wasn't until joining the SEC in the 30s that sports writers conspired to call the team "The Rebels" and with or without a cause...it stuck.

5) Ole Miss's chief athletic rival is Mississippi State and the two squads have played annually, with minor interruptions since 1901. Mississippi State, formerly known as Mississippi A&M, is currently behind in the series 61-43-9, but have won 4 of the last 5 contests. The annual meeting is known as the Egg Bowl because it is high in cholesterol and saturated fat—or for another reason altogether. My favorite game in the series is from 1907, when Ole Miss coach Frank Mason tried to remedy sluggish first half play by giving his players whiskey-laced coffee at halftime. Ole Miss lost 15-0 and coach Mason never coached another game at the university...but stimulants plus depressants must've equaled a great second half. 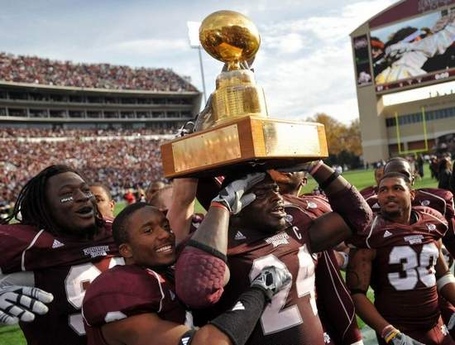 You should see the goose this came from

4) Colonel Reb was the longtime mascot for the university. The mustachioed southern gentlemen was developed in the 1930s as the schools mascot and admit that in your head he sounds like Foghorn Leghorn. At least one historian believes that the Colonel Reb character was based on a real-life individual with ties to the school and program named "Blind" Jim Ivy. Ivy, who was indeed blind, was an Oxford peanut vendor and big supporter of the Ole Miss football team—even considered by some to be the school's unofficial mascot before Colonel Reb came about. Ivy, obviously not too bummed about his condition, was known to say "I've never seen Ole Miss lose". 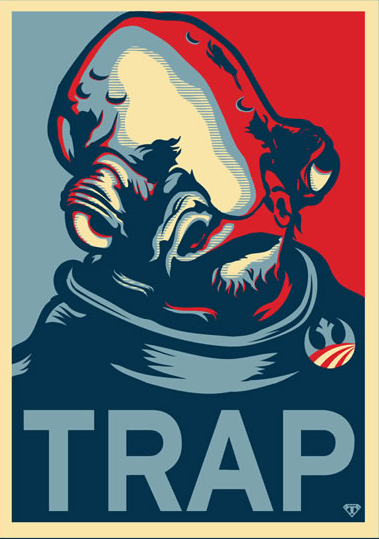 What could have should have been

3) The official speed limit on the Ole Miss campus is 18 mph to honor legendary #18 Archie Manning. A speed bump in front of the varsity center is 27 cm high to commemorate the number of interceptions Archie's son Eli threw last year. 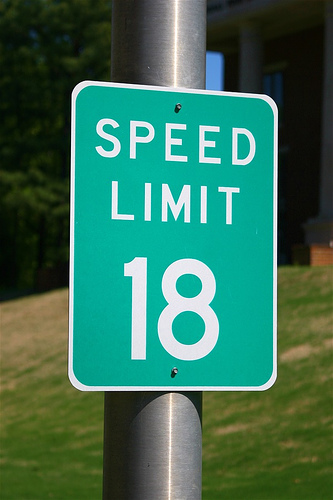 1) "Hotty Toddy" is a phrase you're likely to hear tonight, especially if tailgating at the Georgia Dome and probably yelled at you by a drunken co-ed. It is the official gibberish of Ole Miss and they're darn proud of it. So what does it mean? Nothing really. It's probably derived from "Highty Tighty" (which also means nothing) but IS the name of the Virginia Tech Regimental Band (remember?) and a part of a popular WWII era chant, seen/heard below in the HBO miniseries Band of Brothers.

The Ole Miss chant has similar cadence and lyrics to the "pull up on the risers" army chant and goes thusly:

Who The Hell Are We? Hey!

Potty Mouths! You know...I think they may be on to something though. Here is my proposal for the new Bronco chant (enough of this "Fight Fight BSU") NONSENSE:

We're the boys of BSU! (repeat)