When I was asked to write the game preview for Boise State vs. Ole Miss, my face lit up because game previews of week one games are the easiest game previews in the world to write. No one knows anything substantial about anyone. Every projection is a guess. It's all baseless, useless babble to get folks excited for football - which, by the way, is a very noble occupation and all that, but I'm not here to dabble in hyperbole.

I'm here to drop knowledge and share Eli Manning faces, and there doesn't seem to be any knowledge to drop. 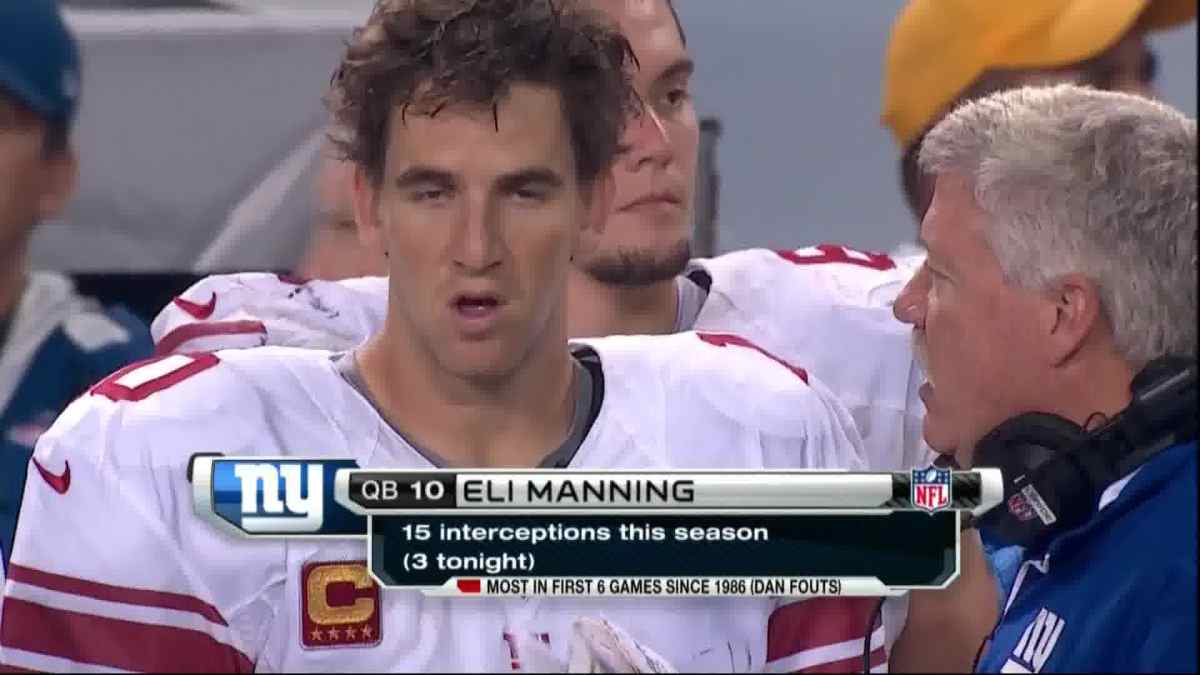 It takes place on Thursday, as in tomorrow, as in holy baloney the season's almost here you guys.

The game airs on ESPN regular.

The game is being played in the Georgia Dome in Atlanta.

Rece Davis, Todd Blackledge, and David Pollack will be in the broadcast booth.

You exhale air at 15 miles per hour.

The Bronco offensive line returns zero starters to any of the same positions as last year, including Henry who played 2013 at guard and will start 2014 at center. There is an unspoken rule in the OBNUG household; the center gets top billing in every week one game preview article. Think about it: No one touches the ball more than he does. /mindblown

If you were to run a Heisman campaign for any Boise State player, who would you choose? I would choose Marcus Henry (heinous center bias) but I'd quickly get vetoed in favor of Ajayi. He is Boise State's de facto stud, and when you're previewing a game with so little to know, you always start by highlighting studs.

He's the SEC's top returning passer, which means either "watch out Boise State secondary" or all the good SEC quarterbacks left in the offseason.

He's a preseason All-American who recorded 72 catches as a freshman last fall, so he's already accomplished more as a teenager than I have as a 32-year-old. He'll be playing outside this season as opposed to the slot. Impress your friends with that nugget.

1. Score more points than the other team

2. Limit your turnovers, force theirs

3. Games are won or lost on special teams

This may not be entirely true, except for when it is. Usually these kickoff games turn on some sort of weird chicanery, often involving someone not paying attention on a punt or kickoff because, can you blame them, it's not even Labor Day yet!

Winner of 3rd down gets 10 bonus points at the end of the game! (I'm still absorbing all the new rule changes this year.)

Something's changed between Boise State's last trip to the Chick-fil-a Kickoff Classic and this trip. OK, a lot has changed.

In years past, the season opener felt like a moment of destiny with our cups overflowing in confidence and anticipation. It felt like the the kickoff parade for a march toward history. It was exhilarating and stressful and important.

Things have changed. This year's game is full of excitement because, well, it's football season and you'd have to be cold and unfeeling not to get amped for the season to start again. But instead of destiny, I'm eager for the entertainment. I have no idea if Boise State is going to win, how they're going to win, what a win would even look like, and that's the exciting part. I now get to watch Boise State football not knowing the outcome. This could be the beginning of a new golden era under Bryan Harsin, or it could be some crazy fun entertaining college football. We win either way.