Three more days, then it's game day. Get those bratwursts defrosted (you FROZE the bratwursts...you animal!).

We're 3 days from game day, so today let's take a look at #3 on the Bronco roster—Cleshawn Page

Cleshawn Page was a standout defensive back at LA Harbor College. His sophomore year, he registered 44 tackles (28 solo), including 2.5 for loss. Additionally, he forced a fumble, recovered another one, and broke up four passes. Page's extreme athleticism and blazing speed earned him a visit and offer at Syracuse. However, when the Broncos came calling, Page came accepting (even without a visit). Page comes to the Blue with as much college experience as any in the stable.

I'll be darned if I'm going to pronounce 2 syllable if I don't have to. Plus "Shawn Page" sounds like a computer programmer. 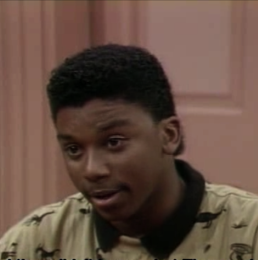 Played in 12 games for the Broncos in 2013. Registered 44 tackles, 4 PBUs and forced a fumble as a sophomore at LA Harbor.

Page was one of the most pleasant surprises of Fall Camp, coming from the outside lane on the bell lap to seize the 2nd starting corner spot. We have no idea if Page will maintain the slot or not, but with 3 days left till the season opener, let's marvel at the Fall Camp impression he made on the new coaching staff to enter Atlanta as starter. Page played in all but one game last season for the Broncos, but with just 9 tackles and 2 PBUs to his name, many thought that he was a dark horse to land the gig, but after a season of failures from the Bronco secondary, Spring and Fall Camp represented a giant reset for the team and I don't think any returning starter was truly safe. I swung by practice yesterday and decided to try to find out what the key differentiator is with Cleshawn is. I think we all witnessed his aggressive, physical style in the Broncos' open scrimmage, but another thing that Page has is superior change-of-direction and closing speed. Long-rumored to be one of the fastest players on the team, watching team drills it was evident to me how much quicker Page can get out of a backpedal and to the sideline. Considering Page also looks to be one of our strongest corners (seriously, this guy has no neck), I like the possibilities that this starting gig brings. We have a ballhawk on one side of the field in Deayon and a mauler on the other. Bread and butter, people. Bread and butter.

Because of Cleshawn's neck to trapezius ratio, he has to have all his shirt neck holes pre-stretched by a team of skilled Peruvian artisanal neck hole stretchers.