Is Ole Miss a must-win game?

Share All sharing options for: Is Ole Miss a must-win game?

After a near-decade of Boise State playing with the cheat code on, last season was a giant pause-reset-blow-on-the-cartridge moment—and one we'd rather not re-live or so help us, we're getting a Neo Geo. It was well established a season ago, that not only is Boise State NOT invincible, but they have the capacity to be kinda inept, flaily and (this part pains me the most) predictable. So how much of that was due to a tuned-out staff and an uninspired team without a clear leader? Well, folks we're mere days from finding out.

When the Ole Miss matchup was originally scheduled for 2011, there was little doubt that the Broncos would run roughshod over the Rebels in Oxford. In fact, the still-Kellen-Moore-led (/pine) Broncos replaced the eventual 2-10 Rebs with SEC East champ Georgia...and we all remember how that turned out. 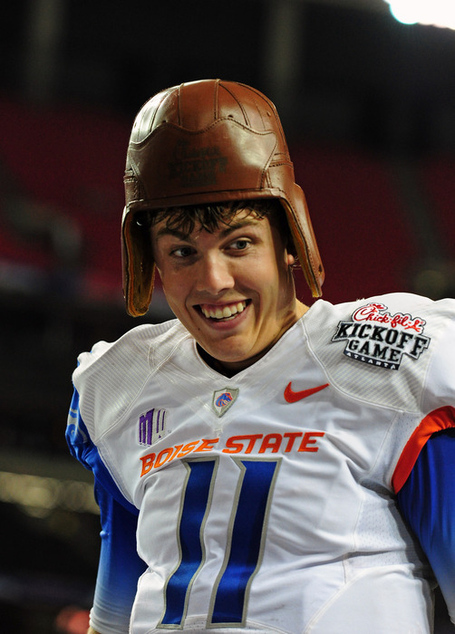 But this isn't 2011. Boise State fans have had to suffer through *gasp* SEVEN losses since then, 5 of which were last season and far more lopsided than we're accustomed to. We could go around in circles about whose at fault, but it's not a stretch to say Boise State has lost their mojo just a smudge and there's no real formula for getting it back. 2001 through 2011 seemed like years when the lightning just willingly waltzed into the bottle, now we have to lasso it—if Scott Huff will quit riding it for a second.

So, how important is the Ole Miss game for the future of Bronco football? Depending on the day, I'm hovering between "extremely" and "not so much". Boise State is rebuilding, no matter how much we want to wish it away. The "reload" was well and truly killed last season when we got demolished by two teams (BYU and UW) that we'd beaten 9 months prior. Boise State may not be rebuilding their depth, but they're rebuilding their identity. Coach Harsin and company know what they want that identity to be, but is it asking too much for that identity to be fully realized in 2014? I think so. If we can't offer a mulligan to this staff after our worst season in 15 years, can we at least let the 2015 team play through?

Ole Miss is a team on the rise and Boise State is a team on the mend—this might not go how we want. But in victory or defeat, we'll learn a lot about this Boise State team on Thursday night. Sure, they've lost two straight openers against top 25 opponents, but only last season did the Broncos go down without a fight. If that fight has returned, I think it's only a matter of time before the swagger returns and when the swagger returns... 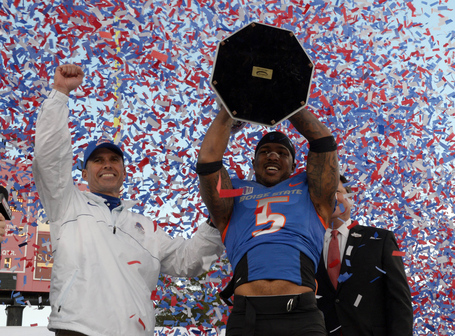 I'm willing to be wrong on this one...but here's my theory: Boise State was feared at a conference level before they were feared at a national level. The brand has been damaged over the last two seasons. Even dropping EVERY SINGLE OOC game in 2014 would be preferable to losing any more footing as league bully (as long as "every single OOC game" doesn't include BYU). As BroncoCountry progenitor Rafter17 explained via twitter, Boise State—even in so-called 'down years'—is much closer to their MWC perch than they are to their national one.

Don't give up the ghost...root like hell for our Broncos in Atlanta this Thursday. Believe we can win (we can, by the way). But in the end, look past the box score—a Bronco loss doesn't mean what it used to.