You can count the days on one hand (hopefully). Just 5 left until kickoff, so today we'll take a look at #5 on the Bronco roster—Donte Deayon

Deayon committed to the Broncos after his official offer was extended at Boise State's camp and the senior season he had after must have underscored that the coaching staff made the right decision. The small, but football-savvy Deayon had a stellar 2011 season where he led his team to a state championship as a cornerback, running back, returner and receiver. Deayon was voted the Sunkist League MVP and the All-CIF MVP after recording 92 tackles, 4 INTs and 2 blocked punts and rushing for 1,266 yards and 15 TDs and catching 27 passes for 632 yards and 11 more TDs. Deayon had 19 INTs between his sophomore and junior seasons, meaning that he ended his career with the Inland Empire record for career picks. He was first team all-state and all-county as both a junior and senior, and was also co-MVP as a junior. Deayon had one other offer from San Diego State.

This is actually Deayon's REAL nickname...proving that I'm not the only one that likes low-hanging fruit. 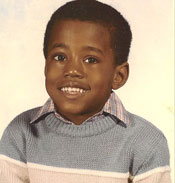 The coaches said it without saying it: Donte Deayon is the most indispensable member of the Bronco secondary. Just look how long it took for the Broncos to name the second starter at CB (Cleshawn Page)...the one constant was the 152 lb Deayon (STILL the lightest guy on the team). The confidence the coaching staff has in Deayon and his playmaking abilities is evident, given the secondary's propensity for soft play a year ago, you might not think one of the smallest guys on the team would be a lock at his spot. But sure enough, the ballhawking junior gives the Broncos their best chance of getting turnovers, and that's what they'll need to be successful on D this year. Deayon has already been prolific in the turnover department...snagging 7 INTs in just 18 career games and if he puts up another year like the last one (minus the difficulty shedding blocks), he should be looking at All-MWC honors again at season's end—likely first team. Confidence in Deayon by the new coaching staff also means he's likely cleaned up some of last year's negatives (physicality, tackling, aforementioned block-shedding) and taken a broader leadership role. Page's physical style should provide a nice complement to Deayon's ball-hawkery and I think overall, the defensive secondary will be one of the most improved units on the team. Let's be honest...if it isn't, we're in for a LONG year.

Deayon's inability to gain weight is a result of a condition he suffers called Ric Ocasek Syndrome.