Do you come from a land down under? Because we're down under a week till kickoff.

We've but SIX DAYS until kickoff, so let's take a look at #6 on the Bronco roster—Chaz Anderson

Recruited as a defensive back, Anderson was a second team all-state selection as a senior and a first team All-Serra League performer—his final season saw him register 22 tackles and a PBU in 2011. Anderson shone on offense at Loyola as well, racking up 356 yards receiving on just 14 receptions (a 25 YPC average). As a junior, Anderson made 11 grabs for 123 yards and logged 2 INTs on defense. As it seems is the case more and more lately, Anderson chose the Broncos over an offer from San Diego State. 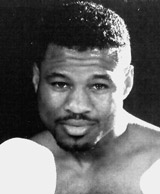 Appeared in nine games for Broncos in 2013 as a backup defender and special teamer. Two-year letter-winner in football and track and field. First team all-league and second team all-state performer as a senior.

It's a good thing I held off on posting today's countdown, because moments ago Mr. Anderson was penciled in as the starting "Y" receiver for the Ole Miss game—a true underdog story of SeaBiscuit-esque proportions. You see, Anderson—while no stranger to the wideout position—hadn't played it in two years and only this summer made the move to the WR corps. Now, he'll be starting the Broncos' season opener...who knew? Well, some of us knew...or at least had a hunch based on the effusive praise he'd been receiving (no, pun intended) from the coaching staff and teammates through Fall Camp. I witnessed Anderson's prowess myself in several practices and fans got a taste of what the Los Angeles-bred athlete could do in the open scrimmage. For those that haven't seen our mystery man on the offensive side of the ball, here's what he brings to the table—straight from the (lead) horse's mouth:

Truly, Anderson could be a key cog that makes this Bronco passing attack really purr (whinny?) again. You've got a stellar possession receiver who's as physical as they come with Matt Miller, a speedy gadget guy that can make defenders miss with Shane Williams-Rhodes, and now a sure-handed route-runner with major YAC (yard after catch) potential. Have to like the look of that lineup...oh AND WE HAVE TIGHT ENDS TOO...ones that we're relatively certain will be catching balls again! Speaking of underdog stories, senior Dallas Burroughs is listed as "OR" on the Ole Miss depth chart (ostensibly, the co-starter)...so this third receiver spot not going to provide a whole lot of film for the Rebels. All the better for us.

Anderson hasn't completely shaken the CB out of his system as sometimes when going up for a pass, he'll instinctively bat it out of his own hands.