Martarano was (and is) the earliest ever verbal commit for the Broncos after pledging his intent in June of 2011. At the time, Martarano had just finished his sophomore year of high school—a year where he was named 1st team all-state and All-Snake River Valley after recording 158 tackles, 7 sacks, and 3 INTs from his linebacker position. Also pressed into duty as the Fruitland QB that year and generated 1,100 yards of offense and 20 TDs. As an already-committed junior, it was more of the same for Martarano, as he was named the Snake River Valley Offensive Player of the Year after generating over 1,800 yards of offense and 30 TDs. He also earned first team all-conference and all-state honors at the linebacker position after posting 159 tackles, 3 sacks and 2 INTs. As a senior, Joe was named Idaho's Gatorade Player of the Year, the 3A State Player of the Year, and a PARADE honorable mention All-American after leading the Grizzlies to their 4th consecutive state championship appearance. Martarano had 147 tackles, 2 sacks and 4 INTs his last season at Fruitland and generated 1,900 yards of offense as QB and 24 TDs. Martarano, as you well know, was also a standout baseball player at Fruitland, where he lettered 4 times and was named Idaho's best player by MaxPreps. Due in large part to Martarano's early verbal, we didn't have to fight off many schools for his services, but he was offered by Nevada and WSU before signing his LOI in February of 2013. 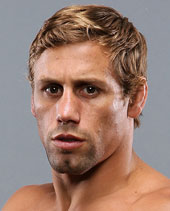 Martarano being awarded the Defensive Scout Team Player of the Year in 2013 would loom large this season if not for the fact that the guy that won it right before him plays in the same unit. Ben Weaver won the DSTPOTY ("distpotee", for short) after the 2012 season and then proceeded to lead the team in tackles last season. This leads me to believe that Martarano could be on a similar track toward stardom, but there are only so many tackles to go around. Currently, Martarano is not occupying either of the two-deep spots at MLB or WLB/OLB—those honors go to the Vallejo/Renaud tandem (MLB) and Mr. Weaver and Tyler Gray at OLB. Of course, when the first real depth chart comes out tomorrow, things may have changed...but even if they don't, do not fret over Martarano's place...he's going to play this year—likely in all 3 game phases—and could be poised to snag Renaud's vacated spot in 2015. Bronco coaches have stated that Joe Mart is bound to play LB, FB (yes, that's FULLback...remember that?) and special teams—according to my eyes, Martarano may be our upback on punt team (where he lined up at BSU's open scrimmage). So, I'd go into 2014 fully expecting Martarano to heavily dip his toes into the playing-time pool and enter 2015 older, wiser and ready to take over a starting role.

There actually is a retail establishment called Joe Mart in Fruitland, but it only sells YooHoo and Little Debbie snacks.