This is the time of The Countdown where number changes wreak havoc on our accuracy, but that also means we are getting close to see the Broncos in person, live, via satellite.

The #8 jersey is actually shared by Kamalei Correa (Day 92) and Sean Modster (Day 18). Since we've already covered those guys, today we will take the opportunity highlight a young stud running back who actually wears #10—Cory Young.

Young was a three-star recruit according to Scout.com, Rivals.com, 247sports.com and ESPN.com and was rated as high as No. 34 nationally at his position according to 247sports.com. As a three-star kid from California with some serious wheels, it only makes sense that the previous coaching staff was highly interested in Young and offered the running back a scholarship prior to their departure. Not ready to commit, Young didn't pledge to the school before all that business went down. With a new coaching staff in place, interest had to be sparked again, particularly with new running backs coach Kent Riddle. It seems that Skype is good for that sort of thing as Young was offered and accepted a scholarship, making him the first running back commit in Harsin's Boise State-era. When the dust settled, Young chose the Broncos over offers from Washington State, Nevada, New Mexico State, San Jose State, Wyoming, Cal Poly, UC Davis, South Dakota State, Northern Arizona and Sacramento State. 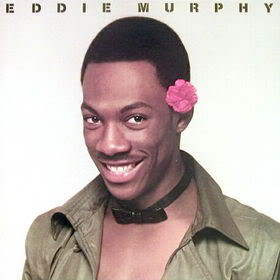 Young earned first-team All-CIF Southern Section Inland Division and first-team all-league honors as a senior after rushing for 2,450 yards and 22 touchdowns, good for 12th-leading rusher in California. This season mark included a ridiculous 421 yard performance, that was second to only ex-Stanford/Current Panther and Richie Brockel bestie Toby Gerhart. For his career, Young amassed 431 attempts for 3,259 yards and 32 touchdowns. The kid also gets it done in the classroom, showing up repeatedly on Norco's Honor Roll. He's your quintessential STUDENT-ATHLETE.

Even after the surprise departure of Aaron Baltazar last fall, the running back position looked like it was overflowing with talent, making it tough for a freshman to see any playing time their first year on campus. Then, Derrick Thomas left, leaving the depth at running back pretty much the same... limited snaps to spread among many talented backs. His departure, however, may have opened the door a crack for one of the freshman, Young or Jeremy McNichols, to see the field. Much like Baltazar last year, if one of them showed up at camp and looked too good to redshirt, they would play.

By various statements by coaches and the media (Hey, that's us!), it looks like that may happen—and, it looks like that running back will be Jeremy McNichols. McNichols took a fair share of snaps with the second team offense during the last scrimmage. This could just be the coaches providing an opportunity to see what McNichols can do behind a better O-Line, but it suggests that they gauging where he fits in the running back rotation.

So, what does that mean for Cory Young? As somebody who was probably expected to redshirt anyway, I don't think it affects him a great deal in the grand scheme of things. From his film, it looks like he as good top end speed but has an opportunity to work on his quicks. I like that he doesn't seem to be a "dancer" in the backfield. When he sees a hole, he plants his foot and jets up field. He is also good pass catcher, so it'll be exciting to see him develop into blazing fast all-purpose back for the Broncos next year.

Yes he is... Wait a minute?!?!? That picture looks familiar. Did Cory Young become the first OBNUG copyright violation? Run a 4.2 40 and score touchdowns and all will be forgiven.