There are just 26 short days until kickoff, so today I'll highlight the player that wears the #26 jersey on the Boise State roster—Devan Demas

By running Deep Through the Heart of Texas. Demas amassed a whopping 2,114 all-purpose yards and 26 total touchdowns as senior for Cypress Creek High School (D.J. Harper's alma mater). By looking at his highlight reel (see below), it's not hard to see why. He's fast... real fast. He's also quite slippery. Despite these stats and his undoubted skills, he was only ranked as the 163rd best player in talent-rich Texas. That also means he made a lot of top-ranked defensive recruits look completely foolish. All in all, Demas was a 3-star recruit and had a .8556 composite ranking by 247 Sports. He turned down scholarship offers from Indiana, Iowa State, Rice, Utah, UTEP, and Wake Forest to sign with your beloved Boise State Broncos. Not too often we compete with the Demon Deacons for a recruit.

Needed to be a high-performance nickname and it had to start with a "D". Thanks, google. 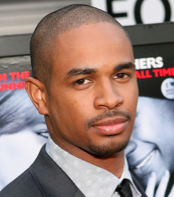 Played in 7 games for the Broncos in 2013, averaging 6 yards per carry on his 21 attempts. As a senior, Demas was named second-team all-district and first-team all-league after accumulating 2,114 all-purpose yards and 26 total touchdowns. He gained 901 all-purpose yards and scored 10 touchdowns in just five games during his junior season. Demas earned three varsity letters each in football and track and field.

It took a little while for Demas to find his bearings last season. As a redshirt frosh in 2013, Demas was entrusted with just 3 touches in the first 9 games of the year. Of course, Aaron Baltazar was a viable threat and a strong backup through game five of the 2013 campaign, so Demas' lack of carries was somewhat understandable. Still, fans were screaming (quite literally) for more playmakers to get the ball and Demas seemed as good a guy as any to be on the receiving end of some of the Broncos' swing passes and screens. Instead, Robert Prince chose to exclusively utilize Shane Williams-Rhodes (good choice) for those particular high-percentage plays, with a smattering of Kirby Moore (bad choice). So for a while, it looked like a shifty playmaker like Demas was destined to warm the bench in a year when we suddenly became desperate for someone to take some of the pressure off Jay Ajayi's legs.

Then, game 10 happened. Demas suddenly was thrust into the spotlight for the Broncos against MWC foe Wyoming and made the most of his 12 carries (quadruple the amount he'd received in the prior 9 contests)—coming away with 73 yards rushing...which incidentally, were 3 more rushing yards than Jay Ajayi had in that victory. The following 3 games of the season only saw Demas land just another 6 total carries, however, his production didn't drop as he averaged over 8 yards/carry during that span to close out the year. So, while we saw precious little of Demas in 2013 and far less than we'd have liked...what we did see left us hungry for more and feeling confident that, given the opportunity, Demas could be a solid 2 back for the Broncos. Sure enough, that's just where he's started Fall Camp and though he's not the bruiser that Ajayi is, he could be a fantastic change-of-pace guy in the mold of ex-Bronco RB Jeremy Avery. I think Demas gets a much more consistent workload in 2014 and comes away with 300-400 rushing yards by the time the season ends. And about those swing passes...I don't think it would hurt to toss a few his way. Think you can make that happen, Coach Sanford?

As a loyal Texan, Demas has been perfecting his Texas Two-Step touchdown celebration. The only hang-up is it's a partner dance and thus far, he's had no takers to lead.