We've got 9 days until kickoff, so today I'll highlight the player that wears #9 on the Broncos' roster—Grant Hedrick

Hedrick put up some seriously sick statitude at Central High School,and was rewarded for it by being named the Oregon High School State Player of the Year as a senior. Hedrick was voted second-team all-state as a junior and was an all-state honorable mention as a sophomore. Hedrick was selected first-team all-conference three times and was named the Valco League Player of the Year as a junior and senior. His senior season, he completed 65 percent of his passes, throwing for over 2,500 yards and 34 touchdowns with just one interception. A a senior, he also rushed for over 1,500 yards and scored 17 TDs on the ground. As a junior, Hedrick threw for over 3,100 yards, with a 41-7 TD/INT ratio and rushed for 1,200 yards and 13 scores. His sophomore season was a doozy as well, as he completed 67 percent of his passes, with 2,600 passing yards, 31 touchdowns and nine interceptions. Hedrick was rated a 3-star prospect by both Rivals.com and Scout.com and jumped on his first offer from the Broncos...likely scaring off any other potential suitors. 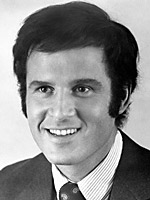 2014 Preseason Davey O'brien candidate. Appeared in all 13 games for Broncos in 2013, becoming starter in the 7th game of the season. Accounted for all six touchdowns in 2013 Colorado State contest. Appeared in 8 games for Broncos in 2012. Made 8 game appearances as a redshirt freshman in 2011, mainly as read/speed option QB—rushed 8 times for 70 yards and a score. Named Oregon State high school player of the year as a senior at Central high in 2010. Passed for 8,200 yards and 106 TDs in high school with only 17 interceptions.

Hedrick performed admirably last season when thrust into the spotlight after Joe Southwick's ankle injury, but he has room to grow. I'd say in 2013, he was a step above "game manager"—the tag generally applied to guys that aren't "game winners" but not quite "game losers". Hedrick showed flashes of being a "game winner" type QB and his skill set certainly leaves the Bronco offense with options (no, pun intended)...it was just that a year ago, he was unable to use that skill set to its fullest potential. Since he's gone, we'll go ahead and blame Robert Prince for that. So far, through Spring and Fall camp, Hedrick has shown the poise and senior leadership that should allow him to blossom in 2014—and blossoming after a partial season of work where he completed 69% of his passes and finished with a 16:5 TD/INT ratio could really make the Broncos march to a MWC title much easier. He'll have playmakers like Shane WIlliams-Rhodes, Jay Ajayi, and Matt Miller to take some heat off him, but a thin (numbers-wise) O-line that is short on game experience. He'll need to rely on those game-changers and get a better feeling of when to tuck and run when the pocket is collapsing. If Hedrick does that, and stays true to his game, I think we'll be in for a more Boise State-like offensive showing in 2014. Hedrick's unenviable role a season ago could end up being a godsend when the season begins in 9 short days.

Hedrick is technically a quadruple option QB...he can either pass, run, burrow, or roll up into a tight ball.