Ranked anywhere from the 6th to the 9th best prospect in the state of Hawaii in 2009 and hailing from powerhouse Punahou High School (Barack Obama's alma mater), Jeremy Ioane was basically a stud on the gridiron at virtually every position he tried. At various times, Ioane played safety, running back, quarterback, wide receiver and linebacker for the Buff 'n Blue, but it was safety where he really left his mark. Ioane was named first-team All-State in 2009 by the Honolulu Advertiser and the Honolulu Star-Bulletin and was a first-team All-Interscholastic League of Honolulu selection as well. Ioane earned first-team All-ILH honors as a junior. A baseball star as well, Ioane helped the team to state championships in 2008 and 2009. Rated a 3-star player by scout.com and rivals.com, Ioane fielded scholarship offers from Utah, Washington, Washington State, Stanford, and Notre Dame.

Getting rid of the novelty Pineapple Express nickname this year. Koa means "warrior" in Hawaiian and I when I think of Ioane, this is what comes to mind. 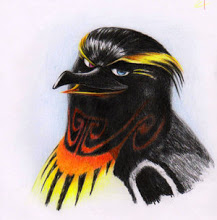 Despite having a markedly better sophomore campaign than his junior one, Ioane was able to improve from an honorable mention All-MWC pick to a second teamer. Following this progression, Ioane should cap his career off with some first-team hardware—don't let us down, statistics! Now, don't get me wrong...Ioane wasn't bad last season, per sé, but something was eating the secondary besides screen passes. There was a distinct lack of aggressiveness, confidence and swagger. There wasn't a team that thought they couldn't pass on the Broncos...and pretty much all of them did just that. In 2012, Ioane—despite his propensity to drop his head on tackles—was a feared defender, who was as likely to snag the ball out of the air as deliver a punishing tackle. Last season, the INT well dried up and Ioane's big hits became more scarce...on top of that, his tackle numbers dropped from 70 to 59. So 2013 was an improvement for Ioane in accolades only...but i have a feeling this season Ioane is going to play with the kind of reckless abandon that we saw in his high school tapes. I know that Ioane has had some lingering injuries as well that he's played through, so with a clean bill of health in 2014, I'd love for the senior to go out with a bang...which is incidentally the noise that is made when a strong safety hits a hapless wideout crossing the middle of the field. Marcel Yates—who recruited Ioane out of Punahou—is back...has the secondary salivating and has the trust of his defenders. All things seem to be coming together for a nice rebound year for the unit that was so often maligned last season.

Finally, expect to see Dylan Sumner-Gardner (the biggest safety commit we've had since...well, Ioane) cut into a bit of Ioane's playing time this season...but don't think it reflects poorly on Ioane if he does. I strongly suspect you'll see all of the DBs—if not the entire defense—be swapped regularly throughout games as Yates tries to get the defensive edge back by overwhelming offenses with speed and numbers. Ioane likely won't lead the team in tackles (Weaver) or interceptions (Deayon), but he'll provide an emotional spark for the defense and provide senior leadership for the young unit. Make it a long, memorable "aloha" Jeremy...it's been fun.