The #12 jersey is the only number retired at Boise State, but we still have a countdown to do! In honor of the man who had that number retired, QB Jim McMillan, today we'll highlight another signal caller—Thomas Stuart.

Stuart, in many ways, is Boise State's type of quarterback. An unheralded, undersized guy who just knows how to win. Stuart failed to get any big time offers after leading Calvert Hall to a 21-3 record over his career, racking up over 6,000 total yards and 66 touchdowns. Instead of trying to walk-on at a larger program, Stuart took the JC route, landing at Aaron Rodgers' old stopping grounds, Butte JC. In his only season at Butte, Stuart led the Roadrunners to a co-National Championship, completing 132-of-204 passes for 1,927 yards and 29 touchdowns. He wasn't rated by any of the recruiting services because winning apparently doesn't matter. 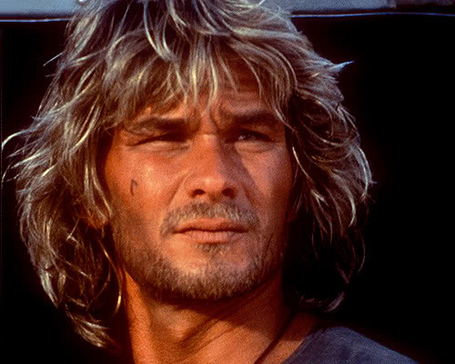 Back in January, the new coaching staff was in a little bit of a pickle. Nick Patti had just announced that he was transferring and nobody knew whether or not Ryan Finley would recover from his bum shoulder. The circumstances surrounding those two players left the Broncos with just one healthy scholarship quarterback on the roster (Grant Hedrick) and none committed. Luckily, Tommy Football landed right in their lap.

So far, we haven't seen too much of Stuart. He played decently well during the spring but wasn't able to catapult himself further up the depth chart. Grant Hedrick has been solid thus far and will begin the season as the key guy for the Broncos, while Ryan Finley's shoulder has healed nicely and he looks firmly in control of the backup competition. In yesterday's scrimmage, Stuart only threw the ball three times compared to Hedrick's 19 and Finley's 16 attempts. By those numbers, it looks like there really isn't a competition for the backup job at all... It's Finley's.

Could this be a year where Boise State redshirts two quarterbacks (along with true freshman Alex Ogle)? Meh, probably not. It would be great to give Stuart an extra year of experience in a new system while also allowing Finley to take as many reps as possible in blowout situations. But with only four quarterbacks on the roster, that looks highly unlikely... butnot impossible I suppose. The real competition currently taking place is for the starting gig next year. Every day, the three candidates are jockeying for position. For Stuart to succeed at Boise State, he needs to keep that competition in mind. He may not seen the field much, if at all, this season, but each day is an opportunity to take a step towards winning that job.

Don't even suggest going to Joe's Crab Shack around Stuart. It's no where near legit.