13 is my lucky number, we've got 13 days till kickoff, a scrimmage tonight, AND it's my birthday. Thanks, universe!

We've got just 13 days (that's UNDER two weeks) until kickoff, so today I'll highlight the player that wears the #13 jersey on the Bronco roster—Blake Renaud

Because his last name is pronounced "Reno", you see. 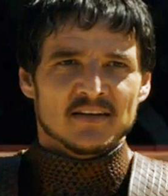 From a statistical standpoint, Renaud had a bit of a regression last season, but when you crunch the numbers, his drop in output makes a bit more sense. Renaud registered 46 tackles as a sophomore in 2012, with those numbers dropping to 25 in 2013...however, Renaud was officially sidelined by an injury for 3 games and the emergence of Tanner Vallejo as a viable co-starter took a large bite out of Renaud's numbers. If you look at his game-by-game statistics, even though he was out of the lineup for just 3 games, he didn't register a single stat in the last 6, so obviously he was battling through something that pushed him to the background. Overall, if you look at his "healthy numbers" his 2013 was fairly consistent with 2012...and that's not a bad thing at all. So far in Fall Camp, Renaud has been emerging as a real leader amongst the deep LB corps and is expected to finish off his Bronco career on a high note. New DC Marcel Yates even called out Renaud as someone that's been laying some big hits on sore offensive teammates in the first few weeks of camp. Renaud started the Spring Game at MLB (alongside OLB Chris Santini) and was named co-starter with Tanner Vallejo before camp even commenced. Therefore, it's safe to say that Renaud is suffering no lasting effects from last season's "boo boo" and I think will push his tackle numbers back into the 40s—if he and Vallejo can learn to share. Of course, you can't fail to mention Renaud's special teams prowess when discussing the senior either...and we should expect more ragdoll moments from kick returners with BR in coverage. The suddenly deep LB corps should partially mask Renaud's departure next season, but his true impact on this team is hard to measure.

Given the username, I'm pretty sure THIS is him...but don't think he's much for twittering.

Out of a sense of obligation, Blake's favorite musical artist is French singer Renaud, whose style is a mix of C.W. McCall and John Denver...in Joey Ramone's leather jacket.