Coming off a shoulder injury that eliminated most of his first year on campus, Ryan Finley looks to solidify his spot behind the incumbent, Grant Hedrick, at quarterback.

There are 15 days until the Boise State Broncos take on #19 Ole Miss, so today we'll have a look-see at #15 on the Bronco roster—Ryan Finely

By being one of the best QBs in Arizona. In fact, Finley led the state last season in passing with 3,442 yards and also pitched in a solid 35 TDs against just 8 interceptions. Finley also chipped in an additional 282 rushing yards with four scores a season ago. As a junior, Finley put up 2,911 yards and 25 TDs with just 7 interceptions. Scout.com had Finley pegged as a 3-star recruit and the 49th best QB prospect in the country. He verballed to the Broncos early on, which scared away a lot of suitors (even Colorado!), so BSU was his only offer. I love it when things work out.

I was hoping he would bulk up so we could stop making these horrible weight-related jokes. Nope. That's what we like to call motviation. 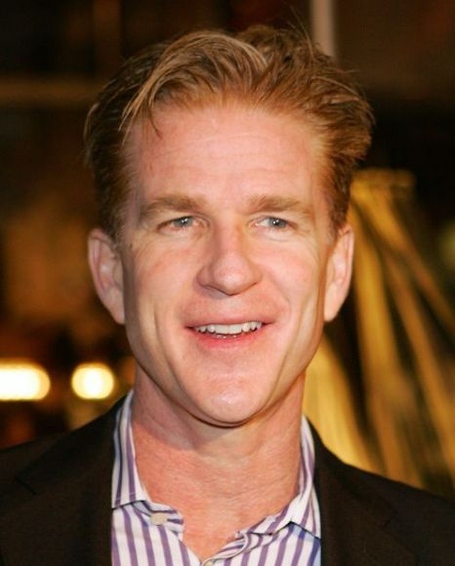 Rotator cuffs, right? Ryan Finley didn't like the one in his right arm during the 2013-2014 school year and neither did the coaching staff. So much so, in fact, they went out and recruited a JC quarterback in Tommy Stuart to backup Grant Hedrick. Alas, modern medicine is a wonderful thing. Fast forward to fall camp and Finley, now fully healthy, has been somewhat of a revelation for the Broncos. No, Hedrick isn't in danger of losing the starting gig to the redshirt freshman, but Finley has been zipping the ball around the field, showing the promise he displayed during his high school days that we wondering if he had lost.

If you remember, Finley was never supposed to matter for the Broncos. You had Joe Southwick who would take the reins for a year after Kellen Moore and would then give way to the messiah reborn, Nick Patti. Things have a funny way of working out, however, as Patti never panned out and has since transferred to UCF and Hedrick, after taking over for an injured Southwick last season, is now the firmly entrenched starter. Finley, however, now stands as one of the most important Broncos on the roster. Not only is he the clear option in case Hedrick does succomb to injury, it looks as if Finley will be handed the keys to the car next year. Sure he'll have to earn it, but there's no reason to think that he won't. Stuart was brought into to provide depth and has yet to inch ahead of Finley, Ogle most likely won't have the experience needed to run a D1 offense, and please, let's not start the "Brett Rypien Should Start As A Freshman" campaign, we all saw how that turned out last time. This is an important year for Finley and his development becomes awfully important for program.

Actually, Ryan, I would prefer you passed, not run...

Criticism is a gift.. Use it and Run

Finley's favorite movie scene is from X-Men: Days of Future Past when Quicksilver does his thing: