We're just 16 days from kickoff, so today I'll highlight the player currently inhabiting the #16 jersey on the Broncos roster—Blake Gonzalez

Gonzalez was offered a preferred walk-on spot (by Chris Petersen, initially) out of San Clemente HS, where he was a 4 year letterwinner on the football field. As a senior, Gonzalez was named the Special Teams Player of the Year by his Triton teammates. In 2013, 76% of Blake's kickoffs went for touchbacks and he made 5 of his 6 field goal attempts (with a long of 45 yards). A well-rounded athlete, Gonzalez also punted for the SCHS squad and played wide receiver—catching 17 passes for 210 yards in 2013. Gonzalez was given a 4.5 kicker rating by Kohl's Kicking Academy, which I have no frame of reference for whatsoever. 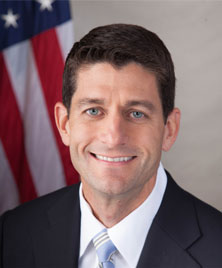 Boise State doesn't have a heap of options at kicker at present. Dan Goodale had an above average season for the Broncos in 2013, and should be considered the starter when the season begins in just over two weeks. This doesn't mean there isn't room for some of the other guys to shoehorn in though. The Broncos may want to save the toe of Goodale or bring in more specialist roles among the kicking corps. Goodale could end up handling field goals while another guy (Rausa or Gonzalez) could get kickoff duties or PATs. Punter Sean Wale might even find himself in the mix, so the cupboard isn't entirely bare, but Goodale is the only kicker with an experienced toe. Now would be a good time to mention that incumbent Dan Goodale is a senior, so 2014 is as good a time as any to get spread some of the kicking duties out amongst the underclassmen and get a feel for who Goodale's heir-apparent might be. Unless the Broncos sign a kicker in this recruiting class, it looks like Gonzalez and Rausa are the guys (given Wale focuses solely on punting). Rausa will have a slight experience edge having gone the JC-route, but kicking favors consistency above all—let's hash this out next offseason.

#tbt when I ran into Doug Martin by my house #boisestate pic.twitter.com/O7tf5GV7bM

Some kickers are rumored to fill their footballs with helium to make them go further, Gonzalez fills his with sulfur hexaflouride because he wants more of a challenge.