Martin was a two-year letter winner at JK Mullen High in Denver, racking up 180 tackles in his junior and senior seasons as well as 25 sacks. As a senior, Martin was named first team All-Centennial League and honorable mention all-state. As a junior, he reeled in 2nd team all-conference honors. After high school, Martin moved on to CSU-Pueblo, a division II powerhouse, and played as a true freshman, earning Defensive Freshman of the Year honors and 2nd team all-conference honors after piling up 35 tackles (9.5 for loss) and 7.5 sacks. Martin transferred to Boise State in 2011 and redshirted, all on his own dime. To this day, and I hope we get word soon that this has changed, Martin still remains a walk-on.

This one is going to be a little obscure... 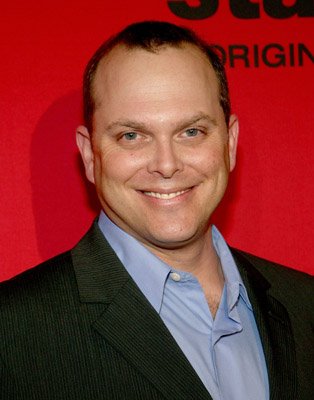 Martin recorded 21 tackles (15 solo) during the 2013 season, including seven for-loss and four sacks while also being named to the All-MWC Academic team. Played in 12 games for the Broncos in 2012, including a start against Michigan State. Boise State Defensive Scout Team Player of the Year in 2011. RMAC Defensive Freshman of the Year in first season at CSU-Pueblo. 2nd team All-RMAC in 2010. All-Centennial League in 2009. 2nd team All-Centennial League in 2008.

And, if you didn't know, he's also quite strong:

Little did most people outside of the football program know, Martin was battling plantar fasciitis all of last season and throughout the spring that limited his burst and mobility. In the linked article above, Martin describes it like "walking on a butter knife." Sounds fun. Well after offseason surgery, hopefully Martin will be back to true full strength by the time fall camp begins because he will have a battle on his hands.

Over the past two season, Martin has been a key contributor along the line but has only started twice. That happens when you play behind a 2nd NFL Draft pick in Demarcus Lawrence. This season, it appears that the Broncos will look to replace Lawrence's production with either Martin or sophomore Kamalei Correa. Both will play... a lot... and the only true distinction when all is said and done may be who can call themselves the starter. Matchups and situation will dictate who takes the field and when. Correa is the quicker of the two, while Martin is the flat out powerhouse, bull rusher-type. My guess: Martin gets the start against Ole Miss and rides unseen production to a 2nd-team All-MWC selection at the end of the year. Like I said above, hopefully Martin is healthy and on scholarship.

Beau Martin is named after Beaumont, Texas. Coincidentally, after binge-watching the HBO series True Detective this weekend, I have added Beaumont, Texas to places I will never ever go.