The easiest way for a fan base to get over the loss of a beloved coach is to win and win a lot. The next easiest way is to land the best recruit in the program's history. Dylan Sumner-Gardner was just that recruit.

We've got 29 days until the 2014 season kicks off in Atlanta, Georgia. Today, we profile a true freshman impact player will don #29 on gameday—Dylan Sumner-Gardner.

I just pinched myself and, yes, it's still reality. Dylan Sumner-Gardner is a Bronco.

As we all probably know, Texas high school football isn't just football. It's a way of life and Dylan Sumner-Gardner (DSG) was a top talent at one of the top programs in the state. All of the major recruiting services (247Sports, ESPN, Rivals, and Scout) rated him between the 7th and 10th best safety in the country, making him a Top 100 recruit across the board. With superlatives like that, DSG got some big time offers from the likes of Auburn, Clemson, LSU, Nebraska, Notre Dame, Oklahoma, and Texas, to name a few. Originally a Clemson commit, DSG switched to Texas A&M and then-Defensive Coordinator Marcel Yates in March 2013. Come to find out, he was actually committing more to Yates than to Head Coach Kevin Sumlin and the Aggies. After the dust settled from Chris Petersen's departure from Boise State, new Head Coach Bryan Harsin brought Yates on to revamp the maligned defense for the Broncos. Once things became officially official, DSG broke off his commitment to A&M and pledged to Boise State without ever stepping foot on campus. The bond between him and his coach must be quite strong. Not only did the Broncos receive a commitment from the best recruit in the program's history, DSG graduated early and arrived on campus for spring ball.

DSG. Would we really call him anything else? 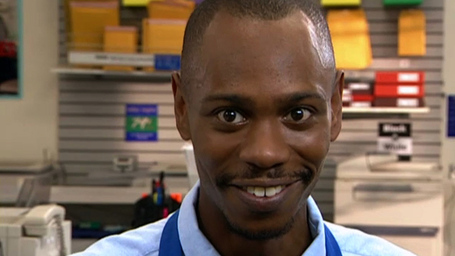 Sumner-Gardner played in the 2014 Under Armour All-American Game following a senior season where he completely dominated his opponents, totaling 141 tackles, three forced fumbles, and three interceptions. That performance also gained him spots on the Texas Class 4A All-State Second Team, Second-Team All-Area by the Dallas Morning News, and District 10-4A First Team.

Obviously, Sumner-Gardner is a talented football player, but what really opened the door for him to most likely see the field this fall is his early enrollment at Boise State. No matter how talented a freshman is, there's always a certain adjustment period they must go through before they can hit their stride. Hopefully, that adjustment period came and went during the spring—which, by all accounts, it did as DSG performed quite well throughout spring practices.

So, what should we expect from DSG. Might as well let our friends over at Scout.com enlighten us:

Sumner-Gardner is a tremendous safety prospect who could play strong or free safety in college. He has a good set of coverage skills, plays the ball well, and is terrific tracking the ball. He plays the run like a linebacker, showing superior closing speed. He is also a sure tackler with the ability to make the big hit. He has great range and anticipation. His instincts are outstanding and he has great feel for the position. Passes the EBT (Eye Ball Test).

Last week, the first depth chart of the season was released and it listed DSG as the backup to Jeremy Ioane, supplanting redshirt junior Dillon Lukehart. Is it possible that the feisty freshman can also challenge Ioane for the starting position? Unlikely, but I do think he will push Ioane to be a better player. Or, a scary thought, could DSG play alongside Ioane on run-downs? Talk about bone crushing. Yes, DSG hits like a ton of bricks but what I like about him is that he hits clean and safe with his head up.

One thing's for sure, confidence won't be an issue. When he committed to Boise State, he told the Idaho Statesman this:

"I want to be a person who can change around Boise State’s program and make it better."

Can't wait to see it.

This video should give you a flavor of what to expect from the freshman. Don't mind the Texas A&M logo... Muhahahahahahahaha.

Sure, sure... but, let me ask you this Dylan, do you have a Countdown to write? Didn't think so.