There's just 56 days until kickoff, so today I'll highlight a newcomer that could wear the #56 jersey on the Bronco roster—David Moa 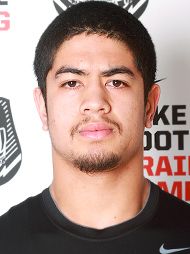 Moa was a consensus 3-star recruit according to ESPN, Scout and 247sports as well as being included on Scout.com's "Top 10 DEs on the West Coast" list. Moa starred on both the offensive and defensive line at Kearny but was somewhat under-recruited—possibly because Kearny limped to a 1-9 season his senior year. On offense, Moa was named San Diego Section All-Western League as both a junior and senior and defensively was named second-team San Diego Section All-Central League in his sophomore campaign. In 2013, Moa registered 28 tackles and recovered a fumble and the previous year racked up 36 stops, a sack and two fumble recoveries. Moa was also a standout on the hardwood, helping lead his team to a San Diego Section Division III championship as a senior (Moa had 19 points and 18 rebounds in the championship game). Moa held offers from Montana, BYU, Colorado and Portland State and had garnered heavy interest from Oregon. 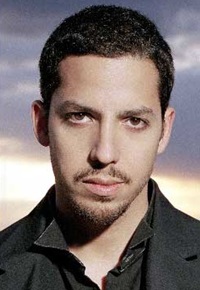 Bronco fans should have every reason to be stoked about Moa. He'll bring an athleticism and versatility to the D-line that is going to make a huge impact down the road. How far down the road? Tough to tell, but with the current state of our front 4, I have a hard time believing that the staff won't redshirt the talented Tongan ("talented Tongan" is fun to say...give it a try). Most of the initial reports on Moa have him sliding to the interior D-line and playing tackle...a plan I'm all for, but a plan that makes it even less probable that we'll see him in 2014. Moa is already about the right weight for a defensive end in the Bronco scheme, but his basketball playing weight tends to leave him on the lighter side and I'd think he'd have at least 30 lbs. to gain to really be a force in the middle. He could end up being a Tyler Horn type and pinball between end and tackle, but that remains to be seen. All I know is he looks great at DT (check out highlights HERE) and would be a fearsome presence on the inside if he can add some bulk. One would tend to think that would take some time...but since he's Tongan, I'd wager he could get it done in a hurry. Oh, and David's big brother Ben—a one-time SDSU commit and current member of the Grossmont College squad—looks to be following his little bro to The Blue™...so look for developments on that front in the coming months.

Not as far as I know...but how about Instagram?

Moa means "fowl" in Maori. A Moa is a large, extinct flightless bird that at one point inhabited New Zealand. How large? Quite.