You can see Fall Camp from here.

We're just 31 days until kickoff, but that number has yet to be assigned, so today I'll attach it to one of our remaining numberless newbies—Jeremy McNichols 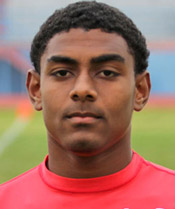 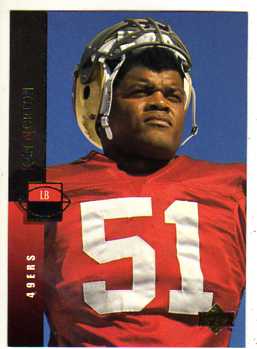 McNichols is a difficult running back to characterize. His early prep career was spent primarily as a wide receiver, and last season, he was mainly in the backfield...with just a smattering of receiver thrown in. Despite the mixed bag, the Broncos see him as a running back and this is where his position-hopping past will pay dividends, in my humblest of opinions. It's here where McNichols might have more in common with Doug Martin than you may realize. The powerful back already has a build that conjurs memories of a young Muscle Hamster, and with a couple more years in the program could achieve Beast Mode like our dearly departed Dougie. Of course, McNichols' also has Doug's versatility—looking equally comfortable hauling the football and hauling IN footballs. So, without giving McNichols too much of a complex or set expectations too high, I'll just say that every kid that steps off the bus to play for the Broncos has potential. Martin met his...exceeding expections in the process. McNichols, if he works hard and is utilized properly, could have a similar Martin-like potential with the Broncos...and he doesn't have to become a first-round draft pick to realize it.

I think McNichols already has the body of a D1 player, now if he can learn the playbook quickly he's a definite candidate for a redshirt burn. The Broncos depth at RB looks good on paper, but they still lack a true standout as Ajayi's back-up. Devan Demas, Charles Bertoli and Jack Fields will all be putting in work to be "that guy" this year but none has stood out so much that there isn't a glimmer of hope for newbies like McNichols or Cory Young. McNichols could certainly help out along the goal line and I think has the skill set to kick up the short-passing game a notch as well. I'd say J-Mac has about a 40% chance of burning his redshirt  as things currently stand, but things change rapidly once the pads go on.

Indeed...and doesn't skip trap workouts, from the looks of things.

McNichols is a big fan of mixed berry fruit snacks. I never could have made something like that up.