We are 32 Days away from the season opener and today's profile is dedicated to the Bronco fan I sat next to yesterday at a pub in Ocean Shores, Washington. Since Sean Wale shares #26 with Devan Demas, we'll use this unoccupied spot to give the punter his glory. 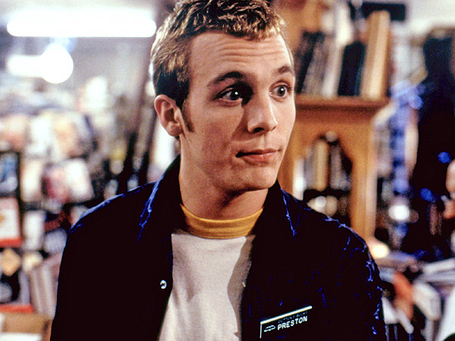 Wale served as the co-starter at punter for Boise State in 2013, averaging 41.5 yards per punt that included a a 63-yarder against Colorado State and a 62-yarder against BYU. He also finished the year being named Fall 2013 Academic All-Mountain West. Back during his prep days, he was named First Team all-area, All-CIF, and all-county in 2011. Member of Chris Sailer Kicking Top 12. Member of honor roll and Football Foundation Hall of Fame.

How do you know you have the most secure job on the roster? When there isn't another person at your position on the roster and the coaching staff doesn't bother listing a backup on the depth chart. That is the enviable position Wale is in to begin the year. Presumably, either of the kickers, Dan Goodale or Tyler Rausa, could punt if needed to, but Wale is most definitely THE guy.

One thing that hasn't been talked about in great deal is what changes might we expect this year on special teams. The last five years of the Petersen Era saw the rubgy-style punt gain acceptance and then preference for pinning the opponent deep into their own territory. With Kent Riddle back at the helm as Special Teams Coordinator, we should see a return to a more traditional punting style. That change combined with not having to share time, Wale has the potential to put up All-MWC numbers by the time he finishes his career. That, however, assumes Boise State will punt, which isn't a given.

Not sure if I should be proud of this achievement on my xbox, but it has definitely been worth it. pic.twitter.com/BjWpJbl1Pb

It is said that punters will fill footballs with helium to help improve hang time since it is lighter than air. Rugby-style punting, however, is an entirely different animal. Wale fills the kicking balls he uses with propane, which is heavier than air, so the ball we sink and ricochet more sporadically. No open flames please.