Palindrome day. Only two of these left.

We're just 33 days from kickoff, so today we'll take a look at #33 on the Bronco roster—Gabe Perez

Perez was a standout player on both sides of the line-of-scrimmage at Valencia High, where he played both OLB, DE and running back. Last season for the Tigers, Perez rushed for 375 yards and 4 TDs and made 51 defensive stops (7 for loss) and 7 sacks. He was named first-team All-Empire League as both a sophomore and junior was given a 3-star distinction by Scout.com and rated the #76 OLB in the country by their recruiting service. Perez drew scholarship offers from Army, Colorado, Colorado State, Nevada, Utah and Utah State. 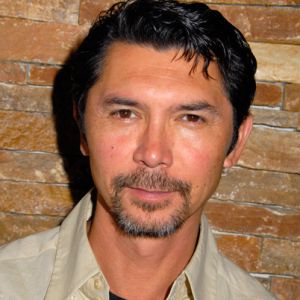 I was aware of Gabe Perez burning his redshirt last season, but I don't think I really stood up and took notice of the talented tweener until the Colorado State game in Fort Collins. Perez simply went off that game with 8 solo tackles (3 of which were for loss), so it was from that point on that I knew we had a special talent on our hands—one that should only get better as his experience catches up to his raw talent . All told, Perez finished the year with 29 tackles (7 for loss) and 2.5 sacks. Not bad at all for a still-skinny OLB with only a couple of months in the program. Perez carried his strong true freshman campaign into Spring ball where he drew high praise from Coach Harsin and ended camp on a high enough note to be penciled in at starting STUD end in Boise State's first preseason depth chart. Immediately behind Perez (or beside as the "OR" tag generally indicates) is fellow true soph Kamalei Correa, who also had a baptism by fire in 2013, but came away experienced and well-seasoned (the seasoning, I believe, is paprika). If the two truly are co-starters, it will be interesting to see who snags the 3rd spot in the rotation...and the best bet may be a true frosh (Kaleb Hill or Jabril Frazier). Of course, that's just a side story with the main one being just how much Perez and Correa have developed in the offseason. They were both solid contributors a year ago...this year, they'll need to become stars. Look for Perez to double his sack numbers and lock down the edge for the Broncos.

It took him 8 years, but Perez finally caught all the Pokémon (even Butterfree and Wartortle).