We've got 34 days until kickoff, but since that jersey number has yet to be assigned, I'll highlight an numberless walk-on instead—Joe Provenzano 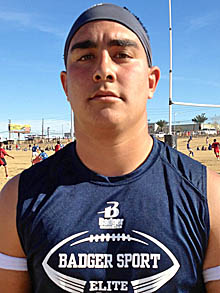 He spurned the Huskies (not those ones). Provenzano was a lean, mean tackling machine at La Verne's Damien High School, where he racked up an impressive 193 tackles in the final two years of his four-year varsity career. His offer list was short, but after the Boise State coaching change, he started to hear from the Broncos, who didn't yet have a scholarship available, but wanted him to come and try to earn his spot. In the end, Provenzano had offers from Northern Colorado and Northern Illinois, but chose to take a preferred walk-on spot at a more northern school—our Boise State Broncos. 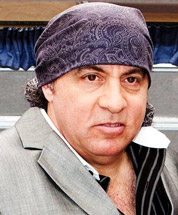 There isn't much to say about Provenzano's prospects in 2014—it would be a not-so-minor miracle if he saw the field at all. With that in mind, what do his long term prospects look like? Well, that's still pretty murky as well, but 2015 and on certainly look more promising for the talented 'backer. Provenzano doesn't have prototypical size for middle linebacker, but he has "Tanner Vallejo" size and looking at last year's tape, that should be plenty. Provenzano's best path to playing time would be to put in a year on the scout team, get bigger, faster, stronger and watch film. Blake Renaud will be gone in 2015 and a spot will be open on the two-deep—briefly. Most expect Joe Martarano to snag that vacant spot, but at least there is a sliver of light there and Provenzano can take advantage of more available reps to establish himself in the pecking order. According to this Scout.com article, Provenzano is hungry for a scholly, so you never want to count guys like that out:

"I've got a real competitive streak in me," he said. "I'm fired up that I didn't get an athletic scholarship. It's motivating. I've been starting since my freshman year. That's not just something they give to you. You have to earn it. This is like that. My goal is to have a full scholarship for football by the time I'm done."

So, Provenzano certainly seems like a kid that could be in for the long haul, and has the drive to see things through. In a year or two, we could be seeing plenty of this California MLB.

Oh, and as you can see from Provenzano's highlight film (below), he doesn't shy away from contact.

Yes, and he bears good tidings...

Provenzano's hometown of La Verne, CA has a long-standing and bitter rivalry with nearby Shirley, CA.