We have 35 days until the season kicks off. Today's profile highlights the player who will wear #35 against Ole Miss—Charles Bertoli.

The running back from California's wine country was lightly recruited after high school despite posting 1,200 yards and scored 37 total touchdowns as a senior and more than 1,100 yards and 16 touchdowns as a junior. I can't find any information about any scholarship offers that may have been extended, but I'm fairly certain he was a popular name among California D-II, D-III, and JC coaches. Considering his YouTube channel, you'd think the kid would have generated more interest. Can you say, "Chip on his shoulder". He walked-on to the football team in the fall of 2012 and looks to be a scholarship athlete in the near future.

"Redux"—as in the second coming of Jarvis Hodge. 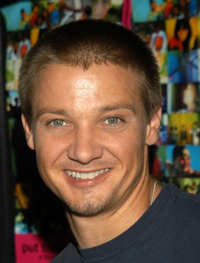 Bertoli rushed for 115 yards and one touchdown during his freshman campaign at Boise State. He also gained numerous accolades during his prep career. A four-year letterwinner at St. Helena High, he was named Napa County Player of the Year, Redwood Empire Player of the Year and North Central League I Most Valuable Player as a senior. He was also named league MVP and all-county following his junior year.

Despite impressive performances throughout last season, the road to steady playing time looked pretty daunting for Charles Bertoli at the beginning of 2014. Fast forward seven months, the path to playing time doesn't look nearly as treacherous. With the departures of Aaron Baltazar (Washington State) and Derrick Thomas (TBD), Bertoli is in a free-for-all for playing time with Jack Fields and Devan Demas behind incumbent Jay Ajayi. Bertoli's running style, bruising and unrelenting, mimics Ajayi's and is perfectly suited for the downhill attack the coaches envision for the offense. After a little hiccup during the spring, a broken collarbone, it doesn't look likely that Bertoli will surpass Fields as the backup running back this year. But, I envision consistent playing time in his future as the third-string back, with Demas filling a specialty role  in a variety of packages.

Work until your idols become your rivals. Then work harder.

Bertoli is studying to become a Master Sommelier and can quite clearly distinguish the nuances between earthy and woody flavor profiles.