We've got 36 days until kickoff, so today I'll highlight #36 on the Bronco roster—Tyler Gray

This one's for the ladies. 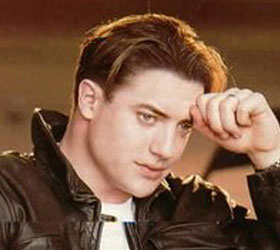 Gray had 7 starts and 43 tackles a year ago at OLB (or WILL), which makes it somewhat surprising that sophomore Ben Weaver was listed as the clear cut starter at the position in yesterday's reveal of the pre-Fall Camp depth chart (also of note, we only need 10 dudes on offense). Surprising, that is, until you look at the numbers. While Gray's output improved over his freshman campaign and his 43 tackles in 2013 were solid, Weaver was nothing short of a tackling machine—playing in just 12 games (with six starts), he managed to rack up an impressive 89 tackles with 4 tackles-for-loss. So, I'm not sure what more Gray could have done—the freshman Weaver just took things to an eleven. However, this actually bodes really well for this season as Gray has proven himself twice over of being a more-than-capable contributor at the OLB position and Weaver will need to start Fall Camp more slowly this year due to him rehabbing a foot injury. So, any rest Weaver will get will be well-needed and much deserved and there shouldn't be a huge chasm between Ben and his backup. Gray will also continue to wreck stuff on special teams, so he'll have plenty of opportunities to leave his mark this season. However you slice it, I think the LB corps looks as strong as it has in years and Gray should be a big part of that.

I don't think so...although it is a fairly common name and I didn't want to sort through 10 pages of results, so maybe.

Tyler has never missed an episode of Gray's Anatomy. He's still hoping to catch a glimpse of his elbow or torso on the hit show.